Showing posts from September, 2007
Show all

Intervention in the NT 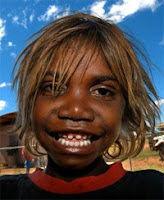 The sunset over Darwin’s Arafura Sea is spectacular and swift. Against the falling red sun, the aqua ocean is picture perfect toward the end of this, typically hot and sticky day. But things are not all they seem. The locals know that the sea is full of stingers. Only ignorant tourists take the risk.

There’s something unnerving about the country up here, particularly for me; someone made soft by the more temperate weather down south.

But it’s not just the environment. It’s the territory's poverty and economics too.

Delegates from around Australia, New Zealand and Papua New Guinea at the Anglicare National Conference this month were confronted with the realities of life for many Northern Territorians. Few of us, I believe, grasp how big the gap between Indigenous Australians and the rest of Australia is and the sweeping nature of the change being rolled out under the Commonwealth’s Northern Territory intervention passed with the support of both major pa…
Read more »
More posts