Showing posts from 2008
Show all

Moving from journalism into public relations in the welfare sector, has put me on the other side of stories and more aware of a minefield of ethical and privacy issues.

I owe a debt to those advocates who moved mountains, and fast, to find people with personal stories who made my copy come to life.

I can now appreciate the minefields those people have to navigate. Now I’m the one fielding calls from impatient reporters wanting a case study when a deadline is looming. 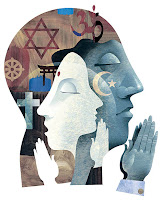 The decision to axe Radio National's Religion Report came as a shock.

Twice I have worked on the program, first as its producer, and then as its presenter. It is put together by only two people, but it is able to draw on the wealth of experience and history in the ABC's religion department to create a gripping specialist current affairs program that subjects religion to the same sort of journalistic scrutiny as other programs subject other parts of life.

And there's no doubt that religion is a terribly important (if little-reported) part of life, lying behind so much of the news we regard as “political” or “diplomatic” or “social”.

Where else in prime-time radio or television have you been able to hear the people who matter quizzed about their interpretations of Judaism, Christianity or Islam and the way in which they plan to act on those interpretations?

Some of these people will be happy about the decision to axe the program. They did…
Read more » 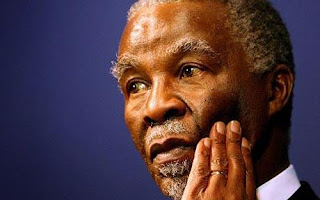 Why? The smell of corruption. Mbeki's future had hung in the balance after a senior judge inferred that Mbeki had interfered with the prosecution case against Jacob Zuma, the ANC party leader and Mbeki's chief rival for the top job. 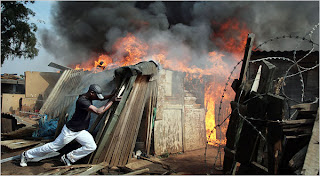 But what is surprising is the intensity and rapidity of the violence. Opportunistic mobs have raped women and burnt former neighbours to death. The xenophobic violence has spread from poor areas of Johannesburg to Cape Town an…
Read more »

The Multicultural Dream: Obama says 'Yes We Can!' 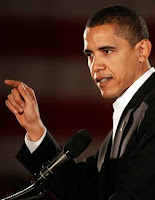 I have to pinch myself. The skinny man with a funny name is making me dizzy with hope. A black fellah on the yellow brick road to the American Presidency!

Throughout the world Obama's ambition is sending a ripple through neighbourhoods of 'colour' and neighbourhoods where racism still threatens to dwarf self determination and aspiration.

My birthplace, South Africa, made sure I was conscious of my colour and everybody else's. People of mixed blood - "coloured" - as my mob were referred, were distinct for all the wrong reasons. Australia and its acceptance of me and my family has made me see that more clearly.

Apartheid was like living at a foreign airport, having to go routinely through the ritual of customs. That ritual is characterised by the assumption of one's criminality, of one's shame or guilt. You approach the desk with all your papers intact but with a sense of being called to prove yourself. You learn to be polite, clear and efficient, beca…
Read more »
More posts