The rainbow nation still blighted by a colour bar 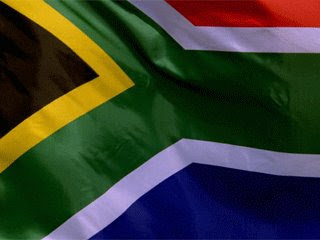 Apartheid lives on in the mindsets of South Africans especially in
those of the coloureds, observes Toni Hassan.

I WAS born in South Africa as a so-called "coloured" person of mixed
race, and migrated with my family to Australia in 1978. I was six. I
have been back twice: first in 1994 when South Africa said "Yes!" to
an amazing transition led by the country's first black leader, the
patron saint Nelson Mandela. I returned again recently to see what
real change there has been.

Among my mob the coloured people there are resignation and despair.
There is a curse on coloured people, they say. As my uncle said over
breakfast, "During the bad old days of apartheid, the coloureds were
too black to get jobs and now they are too white to get what few jobs
are left after the good ones have been given to blacks."

South Africa is crippled by an unemployment rate of about 60 per cent.

The ruling African National Congress has a quota system in place to
get black South Africans, previously denied any career advancement,
into work and into positions of leadership. The quota system appears
to have more deeply etched racial differences between South Africans.
Around the dinner table, my relatives still rigidly refer to their
countrymen as "black", "white", "Indian" or "coloured".

I am sympathetic to my mob's claim that they are being left behind.
But they are still much better off than the majority. (Racism between
blacks and coloureds is more palpable than racism between blacks and
whites.) It is the ongoing power of apartheid, a political system that
may be dead but is far from buried, that prevents coloureds from
identifying with the most oppressed in their midst. They see
themselves as coloured first, South African second.

One of the lesser known evils of apartheid is that it taught coloured
people that they were better than "blacks", and they believed it. They
were told that in the pecking order they were not as good as whites,
but they were superior to blacks and Indians, the next group down the
colour chart. It made coloureds cocky and complacent, seeing little
value in replacing the system that actually oppressed them, too. The
brutal clarity of apartheid told coloureds, as it told all non-whites,
where to go and whom to marry.

The African-American author James Baldwin was describing his people in
the 1960s, but he could have been writing about my mob today when he
wrote that the limits of black Americans' ambitions were set. Likewise
coloured South Africans were urged to not aspire to excellence but to
make peace with mediocrity.

Deep down there might have been a quiet longing for equality but my
coloured brothers and sisters were terrified of it. For although
political change brought with it the hope of liberation, it also
imposed the need to step outside established patterns of behaviour. It
meant having the courage to catch a bus previously reserved for whites
and having the courage to converse with blacks on equal terms.

So, most of my coloured family in South Africa did not protest against
apartheid almost in reverence of the white hand that nurtured their
fragile egos. Therefore, despite their conditions, they supported the
status quo. It helps explain how in 1994, the province which takes in
Cape Town home to the biggest coloured community in South Africa was
the only province to elect the National Party, the very party that
crafted apartheid.

In contrast to my coloured community, South Africa's 1 million-strong
Indian community inspired by Mahatma Gandhi has a disproportionately
big number of activists and a large platform for political resistance.

Today every coloured household, at least in my home town of Durban,
has an alcoholic, typically a middle-aged man driven by hopelessness to
drink. Crime also threatens to rob people of their sanity. The
certainties that existed under apartheid have gone and people find
themselves unable to cope with the new environment.

Many feel like they have swapped one imprisonment for another.

As the blacks move into previously exclusive coloured neighbourhoods,
my relatives nervously say that some of those "natives" are "nice, but
you can't trust most of them". Security dogs are bigger and louder and
homes are more fortified.

I desperately want to believe in the rainbow nation vision of the new
South Africa. And yet, I cannot.