- January 21, 2014
Mandela's death has reminded me of the collective madness of apartheid. My children need to be told about it again and again, as children need to everywhere, so that history does not repeat itself. I tell them that marrying Peter would have landed us in jail.

The system's obsession with race imprisoned people in their minds as well as in their movement. It stuck people in a holding pattern and dampened the human spirit. But even when caged birds are released they have to be reminded of how to fly.

Mandela famously said 'People must learn to hate, and if they can learn to hate, they can be taught to love'. With his passing I wrote this piece for Fairfax Media to remember an extraordinary man and to reflect on the challenges for South Africa's current leaders. 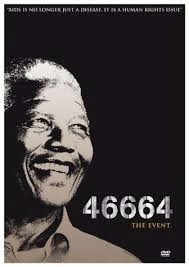 The real Mandela challenge - living up to his ideals

Millions of words have been written about Nelson Rolihlahla Mandela. But it's worth reflecting on his extraordinary inclusive style that offers a model for contemporary politics often beset by bitter partisanship.

Madiba's death also presents an opportunity to take stock of what has changed in South Africa post-apartheid and the challenges ahead.

Mandela was a negotiator like no other. He mastered the art of occasion and symbolism. He was an orator who found connections across the political divide.

Mandela's capacity to connect his vulnerability with others and weave a grand narrative of liberation made him one of democracy's greatest champions. Many declare him a saint. Saints make sacrifices as he surely did. But saints sit above us.
They don't get down in the trenches, ground themselves in the lived reality of others and search for inclusion and compromise.
Mandela did not just talk about reconciliation, he embodied it, not just to win over his political foes to reach a settlement, but to pull in sections of his African National Congress when party members pressed for a full-blown civil war.

Arriving to address a meeting east of Johannesburg, an epicentre of ''black on black'' violence, Mandela found a message awaiting him on the speakers' table: ''No peace, do not talk to us about peace. We've had enough. Please, Mr Mandela, no peace. Give us weapons.''

Departing from his prepared text, he drew on his most regal manner to exercise moral authority we can only wish every so-called terrorist heeds:

''There are times when our people participate in the killing of innocent people. It is difficult for us to say when people are angry that they must be non-violent. But the solution is peace, it is reconciliation, it is political tolerance. We must accept that blacks are fighting each other in the townships … we must accept that responsibility for ending the violence is not just the government's, the police's, the army's. It is also our responsibility. We must put our house in order. If you have no discipline you are not a freedom fighter. If you are going to kill innocent people, you don't belong to the ANC. Your task is reconciliation. Listen to me. Listen to me. I am your leader. I am going to give leadership. Do you want me to remain your leader? Yes? Well, as long as I am your leader, I will tell you, always, when you are wrong."

He humanised his political enemies, offering glimpses into the souls of his opponents in ways that broke down barriers, brick by brick. After another mass shooting of ANC protesters by police, President and National Party leader F. W. de Klerk and Mandela spoke by telephone. Mandela told reporters that de Klerk ''was a very brave chap, you know, and very bright and it was worrying to hear him sounding so down''.

Even when, in the thick of multi-party negotiations, the immensely popular Chris Hani was killed by an assassin commissioned by the right-wing Conservative Party, Mandela, rather than de Klerk, appealed for calm with his trademark tone aimed at restoring hope and bringing people together. It was a white man who killed Hani, he noted, ''But a white woman, of Afrikaner origin, risked her life so that we may know and bring justice to the assassin.''

While many more black children are getting at least some kind of formal instruction, it is actually more expensive today to get an education in South Africa than it was during apartheid. Those who do complete their schooling struggle to find work, joining 70 per cent of young people who will not have any secure form of employment. Stubborn high rates of poverty and mass unemployment are deeply troubling.

But Mandela would have been profoundly disappointed by the self-serving leaders all the way to the top of his ruling party; individuals too tolerant of corrosive corruption. The ANC he knew has morphed into a kind of mafia where members look after one another. Only a small black elite has benefited from black empowerment measures. Power has not shifted.

South Africa, like Australia, has experienced an extraordinary mining boom, but remuneration for its workers - unlike here - is as low as ever, triggering deadly strikes like that at Marikana. Whites still own the mines and keep the profits.

Current President Jacob Zuma, a polygamist and professed socialist, expected South Africans to cough up the bulk of the $27 million bill to renovate his private residence and a nearby town dubbed ''Zumaville''. He's facing an official investigation. Compare that with renovations to the Australian Prime Minister's official residence in Canberra that were repeatedly delayed. We've known for years that The Lodge has a leaking roof and dodgy wiring. But successive governments have been sensitive about the cost to taxpayers.

Zuma may be corrupt and incompetent but he has strong backing from Zulu nationalists, many of them anti-intellectual. Provincialism, which in South Africa corresponds with ethnicity, is central. Zuma was elevated to the president's position because his followers argued that they are the majority ethnic group and for hundreds of years Zulus were subjugated by minorities in charge.

It was his turn, an entitlement. It is a far cry from the ANC Mandela joined, historically a party that has followed a moderate route - embracing tradition while denouncing tribalism.

At his presidential inauguration, which I was fortunate to attend 20 years ago, Mandela spoke of entering into a covenant, where all colours walk tall ''without fear in their hearts, assured of their inalienable right to human dignity, a rainbow nation at peace with itself and the world''. He and that other beloved elder statesman Desmond Tutu symbolised a rainbow nation.

They promoted liberal, inclusive and ecclesiastical discourses of forgiveness. Their philosophy made possible the negotiations to end apartheid. A key expression was the Truth and Reconciliation Commission. While the ideas were imposed from above, the rainbow nation has had deep and popular appeal. It was a tool for nation-building, to unite a historically divided people. Contemporary leaders do not espouse, from the inside out, the rainbow nation ideal. South Africa needs new anti-poverty champions of inclusion and equality.

South African elections are due before next July. There is no viable political opposition (although the Democratic Alliance holds a narrow majority in the Western Cape).
We hold our breath and cross our fingers and toes for reform, not just to redeem the ANC from a party of patronage into a democratic and accountable movement but a government that Mandela would commend for transforming power to raise the living standards and human rights of all.

Perhaps the best way South Africans can honour Mandela's memory is to vote for a different party.