Bitten by the art bug 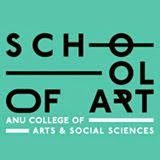 For years the ANU School of Art has been a magnet for me. Like a pilgrim, each year I went to the open day looking into lecturers' eyes, searching for a sign, anything that said I was ready to change track.

I have wanted to go to art school for a long time. But something held me back, pulling at my collar and whispering: "It's a bit selfish isn't it?"

Surprisingly good marks at school and subtle messaging pulled in me in another direction. We make pictures, sculptures and Lego buildings before we learn to read and write, but we're too often expected to put them behind us.

Selfish or not, this week I finally began my three year degree - majoring in painting - joining scores of others, nervous and eager to get on with it after 'O Week'.

My dream began in Mr Milne's art class. Students were treated more like his equals, trusted with his precious inks and paper. The stools would scratch on the paint-licked concrete floor, but we found a place to chill, sort of meditate there, be ourselves. Those pimply years were punctuated by excursions to art galleries where works dazzled and made us think about what it was to be human.

After years working in journalism, in non-government organisations and in politics, isn't painting rather indulgent, a small voice within me goaded.

Perhaps not. One of my friends told me it was "brave", another warned me to expect "extreme highs, lows and frustrations".  Another warned me against the choice; at seeing visual art as some kind of personal therapy. He should know. He's a former artist now. "It's not a panacea."

Pablo Picasso once said: "a painter paints to unload himself of feelings and visions". So maybe it is selfish. Maybe after years of doing other things perhaps I have things I have to say, a memory bank ready to unload.

Reverberating in my ears are the words of Hanna Kay, a successful painter I met a few years back: "Go to art school because you want to. That's the only reason."

Why not just dabble with paints at home, rather than take on a new student debt? (Who knows what degrees will cost beyond the current political stalemate). "Art school is about immersing yourself, but there's a very practical part to it," says Hanna. "It's very difficult to go beyond your studio and out there if you don't have a support system. Nowadays it's harder to break through."

But what is it actually for? Swiss writer and philosopher, Alain de Botton says art guides and exhorts us to be better versions of ourselves. We notice it more when it's missing.

"Art is a tool to help us with a number of psychological frailties which we would otherwise have troubling handling," he says: "Our inability to understand ourselves, to laugh sagely at our faults, to empathise with and forgive others... to remain tolerably hopeful, to appreciate the beauty of the everyday and to prepare adequately for death."

Hanna Kay paints works of conceptual realism, dwelling in the detail of nature - rocks and water, grass, nests and shadows. They are beautiful, feeding a public need for images that are so realistic they temporarily deceive. She takes up to two months to complete a large painting, layering one coat of oil over another till she suddenly stops. "I stop when I'm happy," she says. But how do you stop the voice in your head from saying, 'Is this any good?' I ask. "You don't," she replies. "It's part of the whole thing"

Yes, art is in the eye of the beholder, but not necessarily reliably. If art is ethereal, how can it be assessed as any good? That worries me. Hanna too. She says the fear of being no good never stops. "I have 40 years behind me, relatively successful. I'm showing all the time. I'm selling. It never goes away."

Australia's Ian Fairweather, a recluse, created abstract and calligraphic paintings on mere cardboard as a kind of meditation for himself. "In the end, you are talking to yourself," Hanna Kay responds. "That's what painting is about. It's true to what you want and feel."

It is fitting that Fairweather produced arguably his best work after surviving a suicidal raft voyage across the Timor Sea. Painting, he said, gave him a satisfaction akin to religion - it brought him closer to the truth.

Hang on. That sounds like journalism and politics, at least at their best, a matter of necessity rather than an indulgence; pursuits that should take us to higher ground.