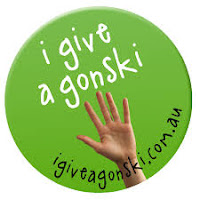 Tony Abbott came into office seeking to be the "infrastructure prime minister". Imagine him pulling down bridges and ripping up roads. Of course not. There would be outrage. He'd be accused of reckless vandalism.

The Prime Minister hasn't been blowing up rail lines, but in the past 20 months he has been ripping policy infrastructure. Big time. It's as if none of the work that that has gone before him matters.

During the election he claimed to be on a "unity ticket" with Labor on the Gonski school funding reforms. "We will honour the agreements that Labor has entered into," he said. "We will match the offers that Labor has made. We will make sure that no school is worse off."

Right after the election Labor's Gonski report disappeared from government websites. It didn't return to public view until a Fairfax journalist put in a freedom of information request which forced its publication under a rule requiring documents released under the Freedom of Information Act to be made public.

The Coalition says funding under the Gonski formula will end after 2017. Then it will probably holding another inquiry, reinventing the wheel.

That's how it was for the Henry Tax Review. Rather than consult an expert review commissioned by Labor that had taken years to produce, the Abbott government commissioned its own new report, the taxation white paper.

On climate change, rather than build on or refine the emissions trading system that the carbon tax was about to transition into, it abandoned the infrastructure and set up its own "direct action" plan. The first permits have been auctioned. Instead of charging businesses that pollute, the government is paying some of them to pollute a bit less, using taxpayers' money.

On mental health the Coalition went to the election wanting to expand existing programs but has since offered no certainty for services now close to the brink and bleeding workers.

It may have some good ideas but more often than not it doesn't explain them, while at the same time turning its back on what has gone before.

While taking a hammer to many community service organisations and allowing others to haemorrhage while it delays decisions about their funding, it has asked the same sector to support young people out of work and unable to access the unemployment benefits it plans to deny them for six months.

Wherever you look it's hard to find certainty and logic. A big chunk of the electorate is angry. A bigger chunk is switching off.

In earlier years pre-budget speculation got us excited. Not this time. Leaks, aimed at mounting a campaign for change or softening us up, are few. There's not even much talk about debt and deficit, the old standby when the Coalition was in opposition (How could it use that tired catch cry when it's spending money like water on punitive border protection measures?).

If Abbott's approach is to knock things down and rebuild them in his own image, it'll be a struggle this time. With many of his signature items abandoned or blocked by the Senate it's hard to work out what his new image will be. I am reliably informed that members of his government are knocking back the usual invitations to give post-budget speeches, so unenthusiastic are they about what's in store.

That's a shame since reaction to the last budget offered a template for how to construct and sell the next. Reacting to the 2014 budget Australians said they believe in a fair go and a strong social contract. Many of us didn't ask what will the budget do for 'me' but what will it do for others. We looked beyond ourselves.

Governments have to convince us that some measures may cost us individually but that the changes support our neighbours. If the change is well explained, and backed by strong analysis, then people are prepared to cop some adverse impact for the greater good.

The link between good policy and electoral success seems broken, but it needn't be permanent.