Struggle Street and a hard-earned win for charities 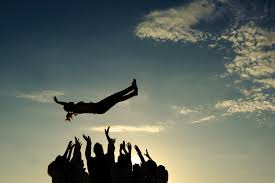 You wouldn't know it from the budget papers, but the Australian Charities and Not-for-profits Commission is here to stay.

"The ACNC provides independent determination and registration of charities, health promotion institutions, and public benevolent institutions for all Commonwealth purposes."

"The implementation of a 'report-once, use-often' general reporting framework is to reduce red tape and simplify the regulatory framework... to make it easier for not-for-profits to deliver their services to the community."

"On March 19, 2014, the government introduced the Australian Charities and Not-for-profits Commission Repeal Bill. However, the ACNC will continue to operate in its current form whilst the current ACNC Act remains in effect and the program expenses reflect this."

What's happened behind the scenes is that the government has given up abolishing the ACNC, or as the assistant treasurer says, determined that abolishing it is "no longer a priority".

In place since December 2012, the charities commission is a one-stop shop for charities and non-profits who deal with the government. It replaced the Australian Tax Office as the body that had to decide who had the right to claim that status and a myriad of other state, territory and Commonwealth bodies that investigated complaints and advised the public about who it was safe to deal with. The Tax Office was particularly unsuited to its role, being primarily concerned with raising revenue.

Over the past two years the ACNC has investigated 1300 complaints against charities, revoked the status of 9, prepared guides for volunteers and guides for charities wanting to use volunteers and opened to the public the records of 23,000 organisations.

The Coalition came to office promising to abolish it. It included it in its first red tape repeal day. The minister Kevin Andrews said it was heavy-handed and unnecessary. This wasn't the view of the overwhelmingly majority in the sector who were was pleased to at last have a charity-specific regulator that cared about it (Private companies that administer charitable trusts and some in the Catholic Church, not enthusiastic about the extra scrutiny, were the most critical).

A Senate inquiry into the government's plan to kill the commission was flooded with submissions praising its gentle approach and the fact that it has already made life easier.

"If the Government decides to proceed to repeal it, we strongly urge that the good works that have been done and the progress made in reducing reports be retained by any subsequent body," one submission said from the ACT. Another said the commission was a "dream come true".

This is a sector whose clients have been ignored or pushed around by two consecutive federal budgets.

Community health is especially aggrieved as areas like drug treatment have only received basic bridging funds while the Commonwealth throws money at a glossy and confronting ad campaign on ice-addiction with an arguable evidence-base. Meanwhile attacks on the states mean less money for public hospital emergency departments dealing with increasing numbers of aggressive ice-affected patients. Go figure.

Canberra's struggle streets are not so clear. Disadvantage is peppered throughout the city with less defined patterns of intergenerational poverty. That's a good thing although groups rather than places are persistently poor; single parents and the long term unemployed struggling to live on depressingly low income support in a high-cost city.

Indirectly the charities commission will help not-for-profits better allocate resources so they can enhance their support for disadvantaged communities, and with less administrative hassle. The ACNC will eventually provide data sets about which charities are working where and therefore how they may work together to empower peoples' lives.

Governments generally divide communities by isolating "problems" with buckets of funds for problem areas such as mental health, drug and alcohol etc. It has forced charities to be issue-specific rather than holistic and community-development minded. Just maybe charities can break this nonsensical approach and more of them can become more collaborative and innovative under the umbrella of a supportive regulatory body.

As we head to the end of the financial year, charities will be updating the ACNC with their annual information statements. The aims are increased accountability and transparency.

The charities commission will face tougher times as it steps up to be a regulator with all that implies. But the sector's successful fight to defend the it puts the ACNC in a stellar position to get on with the job.