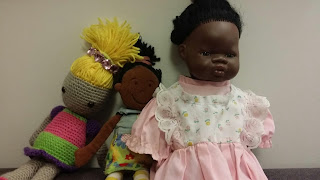 A seminal moment in Martin Luther King's early life was getting a bus across town to Booker T. Washington high school.

People of his colour were told to sit at the back. "I would end up having to go to the back of that bus with my body, but every time I got on that bus I left my mind on the front seat," he wrote. "And I said to myself: one of these days I'm going to put my body there where my mind is."

"I had seen police brutality with my own eyes and watched Negroes receive the most tragic injustice in the courts," the preacher and civil rights activist said in the mid-20th century. "I also learned that the inseparable twin of racial injustice was economic injustice."

These days anyone can ride in the front. Barack Obama occupies the White House. But barriers remain that prevent the true joining of bodies and minds, and not just in the United States.
In Ferguson, Missouri, and in South Carolina police officers routinely shoot unarmed black men in the back. Community leaders encourage blacks to keep cell phones and cameras charged, to "ensure fairness when something happens". Racism in North America, land of the free, Australia's long-term strategic ally, is literally killing black men and leaving many on death row. As Obama says, this runs deep.

It runs deep here too. Australia lives with a legacy of racism, not easily erased. The overblown reaction to Adam Goode's war cry, an expression of culture some found confronting, tells us the dominant culture is uncomfortable with intimations there are others. Survival and resistance have become essential to Aboriginality but this minority keeps being told to get back into its box. Amnesty International reported this week that young Aboriginal and Torres Strait Islanders 24 times more likely to be in detention than other Australians. The Human Rights Commission's social cohesion survey finds 18 per cent of us have experienced discrimination because of ethnic origin, religion or skin colour. It's not happening 'out there' but in our neighbourhoods, local shops, at work.

The late Malcolm Fraser believed Australia's asylum-seeker policies were racist. He once joked about organising a boatload of British asylum seekers to see how differently they would be treated.

I was reminded of this reading press gallery journalist Latika Bourke's new book about her life, From India with Love. She describes being tired of being seen through the prism of colour. Despite her accent, her surname and her fondness for wearing thongs, she still feels she has to explain to strangers that she is Australian.

Challenge yourself. Do you use a basic knowledge of race to cast all people of a particular ethnicity (or religion) in a particular light? That kind of casual racism and discrimination stops us from being genuinely curious and kind. What we don't understand ends up being confronting rather than an opportunity to learn. I bet the members of the United Patriots Front, who clashed with anti-racism protesters in Melbourne on Sunday were motivated by fear rather than inquiry.

Racism's twin is desperately low self-esteem. For those at the receiving end it can feed defensiveness and paranoia. It exists between cultural and ethnic groups well as between black and white. Kon Karapanagiotidis, the head of the Asylum Seeker Resource Centre says 'wogs' (used here as a term of endearment) can be as casually racist and uninformed as 'Aussies'.

How do we overcome it? As a parent I take nothing for granted. It's small and symbolic, but when I went in search of dolls for my babies to play with, I tried to find ones of all hues (why do most stores still stock only fair-skinned Barbies?). As the current Human Rights Commission campaign says, racism "stops with me". It's everyone's responsibility to think about their own lives, stand up to prejudice and talk about it to friends and family.

US Democrat congressman Jim Clyburn, an African-American, says we shouldn't be complacent. "We make a mistake if we view the movement of history and the movement of society as being on some kind of lineal plane. It's not that way," he says. "It moves like a pendulum on the clock. It's always going left and right, back and forth."

A lot of us might have thought this stuff is behind us, but really it's in front of us.