Showing posts from November, 2015
Show all

We've been bingeing on social media – it's time for a fast 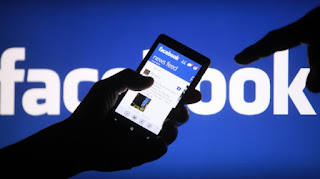 Reflecting on that time, Maharaj told the Financial Times that time was the most valuable thing they had. In government, there was no time to talk.

In prison Maharaj and Mandela discussed everything. Smashing rocks under South Africa's diamond-bright sky, they argued about ideology, ethics, language, poetry, culture. They were able to listen, and persuade.

You get the feeling that in our 21st century democracies time scarcely exists, despite the gravity and complexity of the issues we face. Here, members of parliament run all day trying to keep up with an impossible media cycle. Their staff are on coffee runs around the clock, ticking off engagement boxes, checking social media notifications. Our politicians might have time to test ideas with focus groups, but not with each other.

- November 07, 2015
For one brief minute on the morning of November 11 the Australian War Memorial will come close to becoming what its director Brendan Nelson says it is every day of the year: the soul of our nation.

Set in a beautiful location at the base of Mount Ainslie on a site originally earmarked by Walter and Marion Griffin for leisure gardens and a national celebration centre, it is certainly solemn.

Much of it is dedicated to the proposition that Australia was forged in the Great War. But was it?

European Australia began as a series of penal colonies that waged wars against the local inhabitants, in the so-called Frontier Wars. It later welcomed people from many lands and crafted one of the world's first written constitutions. There was more than enough blood, machine and mettle to forge a nation – if that's what it takes to come of age – before World War I.

We're told that Australia was eager to participate. But it twice rejected conscription in referendums. They too were markers …
Read more »
More posts