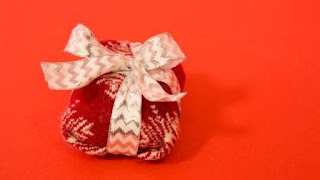 This time of year brings to mind a stenciled piece of graffiti. It shows a child with his face scrunched up, crying over a pile of wrapped gifts. "I wanted you present, not these!"

In 2015 violence seemed to be everywhere, much of it arbitrary and horrendous. We were disturbed by it, continuous news magnified it in our minds.

Martin Dempsey, the chairman of the United States Joint Chiefs of Staff has often repeated that "we are living in the most dangerous of times". But folk like Harvard psychology professor Steven Pinker say the idea that things are getting worse is one of the great misconceptions of our time.

"Accounts of daily life in medieval and early modern Europe reveal a society soaked in blood and gore," he says reflecting on his best-selling book The Better Angels of Our Nature. "For entertainment, one could nail a cat to a post and try to head-butt it to death."

Who should we believe? The new exhibition at the National Portrait Gallery, Sideshow Alley, sides with Pinker. It provides a sobering and macabre reminder of the institutional savagery at the heart of colonial Australia. The standard life was not much more than three score and 10. And you could be killed by bush-rangers just for travelling on a road.

We have always been challenged to sit between imprudent optimism and overt pessimism about violence and peace; to be real about threats and supposed crises and to keep our fears in check.

It may seem remote, but at the time of the first Christmas the world was also full of change and turmoil. It was subject to globalisation, empires (as opposed to nation states) flexing their muscles, bringing both stability and great injustice.

Regardless of whether we are more or less violent than in the past, it is certainly true that we are less likely to deny the existence of violence. The British never really told themselves about the slave trade or the treatment of the Irish. Family violence and abuse in the church and in children's homes long existed but wasn't acknowledged.

Helping us acknowledge violence may be the very thing that makes us scared: the modern media. But acknowledging violence is part of the solution.

Former leader of the Uniting Church in Australia James Haire has worked in Indonesia since the 1970s and helped broker peace between Christians and Muslims over many years. He says he told Indonesian political leaders the facts; that they were inflicting hideous violence on Muslims. They reminded him of crimes by the Dutch. He didn't argue with them. Each side acknowledged its actions. It became the foundation for something new, something better.

Peace can't be based or sustained on over-positive assessments of religion and the human condition. Wounds have to be healed the hard way.

"I completely agreed with Gus," Haire tells me. "You can only begin the peace process with total transparency and frankness." Peace in the fullest sense of the word is not just the absence of violence, but the presence of justice.

Peace does need an ability to think afresh, to reconsider calcified views. Gun reform in the United States is difficult because of hardened views about it. Australians never developed entrenched positions. Systems, in all their variety and intensity, can "fix" people into limited views and make them less able to see possibilities for change.

Violence is best overcome by the knowledge that there's an alternative. Peace grows when we feel and experience alternatives. Jesus, whose birth we are remembering at Christmas, was a breath of fresh air. He turned expectations upside down. He was a victim of extreme violence, becoming the ultimate scapegoat. But he taught us something by embodying an alternative ethic.

Christmas and new year offer space and inspiration for other ways of being. It's a good time to gain perspective and fresh perspectives. Shalom to you this season.