Showing posts from January, 2016
Show all

Whatever you do, don't use the f-word: tips for dealing with a fussy eater 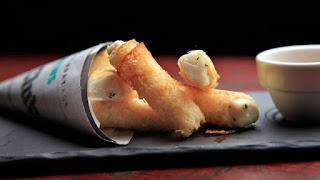 "All my boy will eat is fish fingers," groans a parent I know.

"A number of smart people have told me that they only ate fish fingers the first 10 years of their life. They seemed to do all right ... But I'm looking for a recipe that disguises broccoli as fish fingers."

While this mum is able to joke about it, we share a common concern: we each have a child dubbed a "fussy eater".

So concerned was I about my little person's limited diet that I took myself off this summer to a government-run health session on fussy eaters.

Stories emerged from other mums about the horror of anything lumpy; the terror of juice still in its fruit; parents unable to sneak a banana into a milkshake; only custard for breakfast, lunch and dinner, or – as if straight out of Doctor Who – custard and fish fingers.

My little person really only likes things that are white, to the point of food racism: white pasta (no sauce, thank-you), mashed potato, white bread (with butter …
Read more »

The seductions of the beach 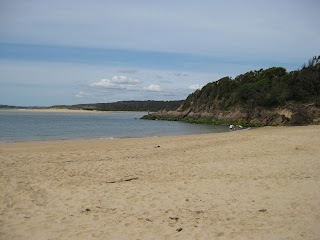 If the bush represents the sweat of hard work and childhoods in suburbs sprawling into a scrub frontier then the bleached sand and cool sea is where we choose to escape our pimpled and later ageing selves. So contends author Robert Drewe in his new book, The Beach.

He argues the beach is part of the Australian consciousness at many levels. We are called to the edges of the continent to find refreshment and the promise of renewal. But it's also where early intrepid travellers, settlers and convicts first encountered Aboriginal peoples; where mutual curiosity turned into clashes.

There are more than 11,000 sandy beaches in Australia, each with their own secrets, sand flies, jellyfish and near or actual drownings. They are where our anxieties play out (shark!) and where our moral values are tested.

They are where people experience intimacy and intrusion, rescue and rejection. The backdrop for the Cronulla riots a decade ago, the beach represents a lifestyle and philosophy, viewed und…
Read more »
More posts