Let's dig in for public schools - for the common good 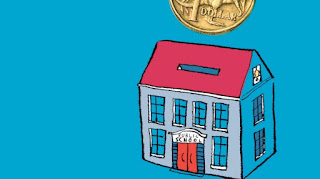 Six-year old Josie (not her real name) was enrolled in a prestigious private elementary school and progressing well, so well that her reading was well above average. Her parents asked the principal if she could be moved up a class or have her classes more personally tailored.

They were politely refused. All the talk about child-centred programs and extra resources was "just talk," her father Rick says.

"We tried other elite schools who also claimed they had resources to burn for individual care, but in the end they wouldn't budge," he says.

"That's not the way we do it here" was the typical response.

Then Rick and his wife tried their local public school.

The school assessed her, let her sit in on some lessons, and went into overdrive. Josie was put into different groups for different subjects as part of a specially-designed program. They kept an eye on her. They were "just all round brilliant".

That year Rick and Josie's mum got the usual letter from the school asking for a Voluntary Contribution of $140.

Rick was on a train platform in Sydney when he got a call from the school. The principal was on the other end of the line, speechless. The cheque was real.

"I explained that we were willing to pay $20,000 at a private school, so why wouldn't we send the same amount to his school as it deserved every cent. They went above and beyond."

"It was lovely. The money was so appreciated. I knew it was not going to go towards a rowing club shelter, but more important things."

Once a year state primary and high schools send parents and carers a letter requesting support in the form of a voluntary contribution. They are only allowed to send one. I am familiar with them, having served on a school board that has debated why it is that each year fewer than half the families respond. We debate the timing of the letter, the text of the letter, the extent of the discount for families with more than one child and anything else we think might improve the response rate.

We rarely get big donations, and families in the ACT are typically more stingy than families in NSW, even though their incomes are higher. (In any event, if they did decide to pay up big it isn't as effective as it could be. Donations to private schools are tax deductible, but donations to public schools are not, although donations to the libraries within them sometimes are).

Public school advocate Jane Caro asks what women and public schools have in common? She says we pay them less and expect them to do more. Rick thought the private system would deliver more than it could. He thought paying more would buy more.

The decisions parents make about schools are complex but often influenced by what's on the surface. It's like buying a book. Book publishers spend a fortune on enticing covers and hiring bookshop window space. Private schools have the money to show off. The spectator sport that is NAPLAN plays a part even though if you allow for socio-economic status, the differences between public and private schools are paper thin.

Public school halls may be less fancy, the quality of their open night signs forlorn, and their uniform culture more relaxed but, gosh, it's made up for by commitment; commitment to individuals and a commitment to that old fashioned thing called the common good - with no religious branding or criteria-heavy waiting lists. Their values: respect, care, excellence and community are driven by a notion of the common good. John Howard defamed them when he said they were values-free.

When a family makes a voluntary contribution to a public school it's not about buying something for an individual but supporting the common good.

The common good is what's missing from prime minister Turnbull's language so far this election. Even his talk about innovation is tied to the market, making something that can sold.

Don't wait for a reminder before contributing to your local public school.

First published in The Canberra Times, 28 May, 2016. Cartoon illustration courtesy of Fairfax Media.