Too little skin in the Indigenous development game 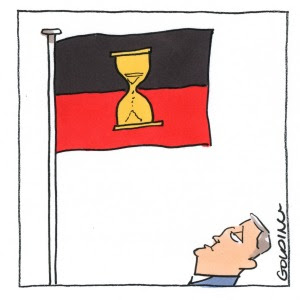 This week's Four Corners revealed Aboriginal communities being ripped off by "weasels" – middlemen who disappear after cashing in on highly-lucrative government contracts meant to benefit disadvantaged people.

The program put a spotlight on 'whitefella charlatans'; obvious targets of public outrage. Yet on television their victims weren't particularly angry, just sad that once again their trust had been betrayed.

They ought to be angry at successive governments of all levels that have set aside money for them but not done the work needed to make sure it reached them. Governments must know that capacity constraints in communities make members vulnerable to people who work corruptly.

In my time working in Indigenous development, I heard of bureaucrats who "throw money over the fence and expect communities to put together the puzzle". Communities are set up to fail in part because departments working with them operate from a paradigm of service delivery rather than community development.

In his important book out this month Serious Whitefella Stuff, development practitioner and academic Mark Moran makes the case. At a book launch, coinciding with Reconciliation Week, he spoke of his own awakening. "I wanted to put a notice up for a public meeting and he [a local who became a good friend] made me rewrite it 20 times before people would understand it."

Moran and his co-contributors call for a complete rethink of the way governments and remote communities interact. Moran describes an oversupply of programs that recipients find bewildering. In some communities with as few as a 1000 people there are 100 programs delivered by hundreds of providers who don't talk to each other and have different agendas.

He says in the main bureaucrats are trying to do good and increasingly open to new ways of working, but are not in their jobs long enough to realise sustained and positive change. "Relationships are the building block for reform, not the next big policy solution."

(It's an unpopular thing to say, but for all the mistakes the missionaries made, they stayed, they learnt the local language and they built relationships).

If we took the aspirations of Aboriginal people seriously, then those expecting to work with Indigenous Australians – public servants and business and the non-government sector – would be trained in asset-based community development. They would have capacity in cross-cultural communication. They would have facilitation skills to build consensus and resolve conflict and they would be able to support skills sharing and leadership development.

The military style, top-down NT Intervention (which unfortunately coincided with forced shire amalgamations) was a policy solution based on the worst cases of neglect and, as a result, it swept away everything before it, including the good stuff. "We need to recognise capability and civil society that already exists, Moran says. "The deficits often sit with outsiders who work in remote communities."

World views are not what you look at but what you look though, like spectacles. We all look at the world through a grid we take for granted, a web of narratives and symbols that help us navigate the world. The Commonwealth spends more than $25 billion on Indigenous affairs each year. It would help if it adjusted its spectacles for respectful, two-way learning.

Like most people, Indigenous Australians like to manage their own affairs. But delivering services necessarily involves a transaction, and transactions turn people into objects, especially as government employees are working to three-year timeframes to tick boxes. The construction of new homes in the Northern Territory as part of the Intervention was a classic example. Tens of millions of dollars were spent with scarcely a single Indigenous apprenticeship created.

Not only are few jobs being being created, communities are having to return grant funds because there is no capacity on the ground to absorb the resources. Process is as important, if not more than outcomes. That inevitably leads to putting people first and growing their confidence and skills.

The office of Prime Minister and Cabinet (which began managing Indigenous affairs under Tony Abbott) is currently re-engaging 500 communities under as part of a revamped NT Intervention. There is a will to "engage" better but the externally imposed timeframes are unrealistic. The best overseas aid organisations commit to having their people work with locals for a minimum of 10 years. Arguably, the difficulties in working with Indigenous locals are greater.

The increasing politicisation of the Australian Public Service, along with seasonal purges, means that communities are lucky to liaise with the same public servants for more than a couple of years. Too few have skin in the game. This makes it easy for the so-called weasels