Pokemania a sad indictment on the state of play 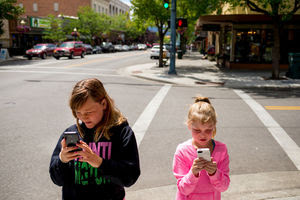 Nintendo's mobile-gaming "miracle" Pokemon Go may be bringing millennials out of the house – of their own free will – but its success says a lot about how the whole idea of play has changed, for the worse.

The app may be free for smart phone users, but this is pure commerce. It's created what marketers want: more spending in the shops that have shelled out fees to become physical destinations for Pokemaniacs. Yuk. Play has always been about constructing and imagining reality. Now it's about flogging products. It's transforming and reducing homes, memorials and cemeteries into spaces for so-called play, with an eye to profit.

It's cannibalising real-world geography, in contrast to traditional play that's bounded inside a "magic circle" in which children play act without corporate scripts.

Children of my generation born in the 1970s had the freedom to get dirty, to climb trees and experience real danger. My parents and their friends did even more. They played with tools and walked alone at dusk. They played sport in the streets and built forts. Yes, the girls spent half their time pushing their dolls around in prams (in prep for later life) but they connected with kids in the neighbourhood, role-playing, in unmediated ways.

Over time, for whatever reason, parents tightened the rules. Play moved indoors in response to a perceived threat that was much higher than the actual risks. A rise in inner-city living took children into their own rooms.

Parents went from generally resisting buying toys to seeing them as important tools for socialisation. Today's bedrooms, a new battleground where kids spend many hours, are packed with electronic gear and the Internet - probably more dangerous stuff than the streets children used to surf before they went indoors.

I suspect families in the bush capital have held onto "old fashioned" play for longer with our tremendous access to the outdoors. But local families are also among the most wired, with parents working insane hours.

I get that the Internet allows young people to interact with people from all over the world. But most of the time it is used to "enhance" existing local relationships. Pokemon Go allows young people to hook up with friends in local parks and malls and travel across town to find the creatures in real time. With their smartphones they are both connected to and detached, each from the other.

The game's developers win because it's taking over play. Adults love it too. Our brains crave novelty, and belonging. This is a game that offers both.

Observing over the years my own children play with friends and in their own imaginary worlds without phones, I can see that play without gadgets is very rewarding. It gives kids space to try out new identities without the sometimes adverse consequences of doing the same in the digital sphere. It's inherently relational and non-competitive. It involves a lot of negotiation. It's not about getting better at something, it is play for its own sake.

There are two broad schools of thought about screen-based play. In the corner that favours screens are those that applaud their interactive possibilities and unprecedented social opportunities. In the other corner are those that value traditional play for offering "real" interaction, and for being tactile. Perhaps there's a middle way. Technology isn't all bad of course, but it does have downsides.

I'm no sentimentalist, but I do find myself longing for a return to some of the low-tech stuff: play that makes do with what's around, and board games, and enjoying the playground that is outdoors. There is increasing evidence that our highly wired lives aren't working for us, socially and mentally. We're forever restless and under pressure to perform.