The legacy of the Rio Games? 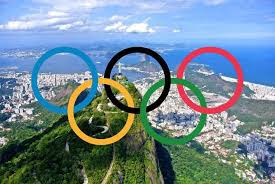 For all the triumphs of the two-week Rio Games, I have found this one hard to get into. There’s a sick feeling, not about the sacrifice and tears of competitors giving it all they can, but the sacrifice of the Brazilian people.

Teachers, and others, who haven’t still been paid for months to help finance this show have also struggled to get into the Olympics.

According to the respected Datafolha agency, most Brazilians have had no interest in the Games. Most expect the Games to hurt Brazil (The Olympics are notorious, wherever they are held, for promising growth and then delivering anything but a growth shot). Bumper stickers have rearranged the Olympic rings into a four-letter word.

These Games are further away than any other in recent memory from the ideals of the founder of modern Olympics, Pierre de Coubertin. Coubertin advanced the need for an event every four years that would honour of “the constant renewal of mankind”. He preached a gospel of the power of sport. “Have faith in it,” he wrote to a friend. “Pour out your strength for it, make its hope your own.” Coubertin abhorred war and thought athletic competition could prevent it. In replacing war, Games could foster understanding, tolerance and peace.

When first-world Australians are robbed in Rio and complain of poor interiors in the athlete’s village, I understand their frustrations. It’s about expectations. Rio citizens expect to face violence. Each and every day, 14 of them are murdered. Those living on the city's cramped hillsides can only dream of the grand plumbing and domestic interiors of the Olympic village.

Most have not been able to afford tickets to the Games. “Just thinking of the Olympics leaves me revolted,” one street vendor told the New York Times. “Our politicians want to trick the world into thinking things are great here. Well, let the foreigners see for themselves the filth we live in, the money our leaders steal.”

The goal of the Olympic movement is to contribute to building “a peaceful and better world by educating youth through sport practiced without discrimination of any kind and in the Olympic spirit, which requires mutual understanding with a spirit of friendship, solidarity and fair play,” or so its Charter says.

Yet what’s most supported is a power struggle by the biggest economies (who’s on top, who’s second..) and the worst of our world: deep inequality, corruption, exploitation, mistrust and tribal rivalry backed by the very visible gods of the corporate West. And I haven’t mentioned the sacrifice of ‘clean’ sportspeople robbed of a chance to compete because of systemic drug cheating by peers.

The Olympic opening procession, oaths, torch, and flame are meant to evoke the Games' higher purpose as a community-building ritual meant to reward and inspire. The Olympic Charter even declares play to be a human right. Tell that to despondent locals forcibly displaced and living with reduced services to make way for this expensive global spectacle.

t says a lot that the torch relay was pelted by rioters as the flame approached its final destination.

The Games have brought much needed attention to Rio but who will care when the closing ceremony ends?