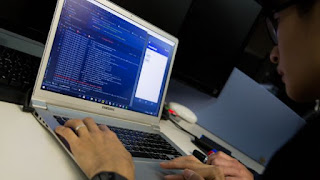 When asked about ACT Labor's election promise to provide free tablets to every public high school student my astute 13-year-old told me, "It's stupid. I'd love a free tablet but no one needs a tablet."

It's as if the ACT government didn't ask actual students, the apparent beneficiaries. My teen went on, laughing: "Tablets do less than Chromebooks [Simple, lightweight laptops designed to be used connected to the Internet, with documents that live in the 'cloud'] which are more useful. There's no mouse pad or keyboard. I've never had 'enhanced learning' because of a tablet. What tablet would it be any way? They range from 50 bucks to more than 600."

Labor's $17 million campaign sweetener is neither based on evidence about how to achieve an outcome or designed with an outcome in mind. The concerns of parents about the Education Directorate's current bring-your-own-device policy have little to with cost and everything to do with patchy implementation and the lack of an obvious purpose. Labor's promise is so silly it does not even match the directorate's current recommendation that the device students bring to high school is a Chromebook.

Ask any high school student what their favourite subject is and they are likely to say it's the subject with a great teacher. That's where the $17 million would be better spent. Most parents can afford laptops if they are needed. Those that can't, can get subsidies or loans. That's if laptops are needed – a question the ACT hasn't systematically addressed.

Online resources can help in the classroom. Teachers can show students YouTube videos on a screen. But it isn't clear how much laptops add. Google classroom (a web platform used in ACT schools) makes it easier for students to collaborate but there are other ways to collaborate. Google classroom also allows parents to tune into school assignments, but parents who care will find out anyway.

Ask any teacher what happens to technology provided by the school versus something bought at home, and they'll quickly tell you which one will get damaged the most quickly.

Remember Kevin Rudd's decision to give a laptop to every student in years 9 to 12? The rollout was slow, technology changed over time, teachers felt inadequately trained and in the end schools had to cough up their own money to maintain machines that kept breaking down.

Computers, tablets and laptops are not silver bullets to produce critical and creative thinkers for the 21st century. In the late 2000s, Duke University researchers Jacob Vigdor and Helen Ladd conducted one of the world's biggest studies on the effect of gaining a home computer on maths and reading scores. Not only was there no evidence that it helped scores, they said, but there was "statistically significant" evidence it sent them backwards.

While computers can help (with research for homework and the like) they can also hurt (by providing distractions such as social networking and gaming sites).

"I am not saying go out and burn all the computers. If you want to buy junior a computer with your own dollars, that's fine. If you make this decision that junior's momentary pleasure is worth a small loss in knowledge – go ahead," Vigdor told Fairfax Media at the time.

He added that it was another thing altogether to talk about spending public money on computers. "The justification for these policies when they are proposed is not to allow students to have a good time, it's to improve the way they perform at school," he said.

Reading on devices might even harm comprehension. In a 2014 study, "Is Google Making Us Stupid?", New Zealand researchers Val Hooper and Channa Herath found "definite differences between people's online and offline reading behaviours". They said we were likely to process words read from paper more deeply.

"Online reading has had a negative impact on people's cognition," they concluded. "Concentration, comprehension, absorption and recall rates were all much lower while reading online."

If there are studies that show pushing devices into classrooms and homes improves learning outcomes, it would be nice if the ACT pointed to it them, or even better did a comprehensive review of all of the studies to date and used it to guide what it did.

Until it does, it's reasonable to conclude that children and young people need good teaching and strong relationships with teachers more than they need so-called "infrastructure" that will become obsolete within a few years.