Give the gift of quality time this Christmas 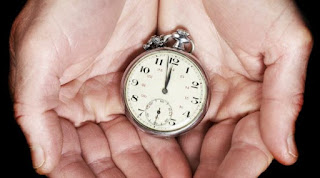 Here's a radical idea this Christmas. Don't buy just more stuff for your loved ones. Give them your time. Time is the ultimate non-renewable resource. The irony of giving your time to others, mindfully, involves being less time-obsessed.

Each of doesn't really have more or less time. We have the same amount. You may have heard the one about the bloke who was asked, "If you had only 48 hours left to live, how would you spend them?" One hour at a time, he replied.

We live in an intriguing period of human history, in which we are more connected around the clock. I can be in touch with my teenage children by phone all day. Texts offer discrete bits of information. But e-communication is limited for understanding and learning from each other. Instead, it can fracture communication and make us more impatient, more disengaged.

In her 2014 snapshot of Australian children, social capital and communities, Australian National University Professor Sharon Bessell found that a majority of surveyed children aged 8-12 had been treated in a rude, dismissive or hostile manner by adults. She found that a majority did not feel that they were listened to. Kids' concerns echo other studies that point to adults being preoccupied, distracted and forgetful, not just some of the time but nearly 75 per cent of the time.

There are a number of factors at play but we are increasingly distracted by technology to the point where we feel time pressured (with a fear of missing out) and unable to listen. It can rob children, young people and adults of time to just be, enjoy each other's company without time pressures and judgments, and rob us of stillness to resolve and recover from life's inevitable stresses.

Carol (not her real name) is a seasoned teacher I met this year. After teaching in primary schools around Australia for decades, she has begun to see, for the first time, children from middle class homes arrive for big school without an ability to hold a basic conversation.

Conversations have an ebb and flow of questions and answers, observations and reactions. "In recent years I have taught children in kindy and year one who have obviously not been talked to or listened to. They are children that don't have the language to express themselves," she tells me. How alarming.

"I usually ask children to write about their weekend. One boy only wrote the letters P-S-T and a number. While awake all he did was be on his PlayStation. It became apparent that was no family culture of talking and being listened to. When I was a child we sat around the table every evening, talking. Talking goes with writing. If you can't talk, you'll struggle to write."

Carol describes a culture increasingly summed up as "alone together". Just a few generations ago a child may have written the name of a mesmeric television show in a classroom journal, but the difference was the TV was in a common room and the show was usually watched and talked about with others.

We've all seen it, perhaps been there: a family at a restaurant, a couple with kids not saying a word to each other, each on their screens over a meal.

If parents and carers are constantly checking their smartphones and messaging on social media then their children feel less important. If a partner is on his or he phone all day, in their private world, then adult relationships suffer too.

Tom (not his real name) has a parent who is always checking his phone. Tom's dad travels interstate a lot for work. Tom was visiting when he leaned on the kitchen bench and said, "When I am a father, I'll want to spend lots of time with him [my child]."

Children and young people know what's good for them. A family that thrives is a small network that forms to care for one another and spend time together. There are more tensions when it's hard to make ends meet and paid jobs consume many extra hours. But when tethered to technology the little time we have to give of ourselves (intentional parenting and caring beyond serving meals, being a taxi), is whittled away.

Something big is going on when studies tell us kids have more stuff and screens than ever before but mental health issues among young people have skyrocketed. It's bad everywhere, but Mission Australia's latest National Youth Survey found teenagers in Canberra are unhappier, more stressed and less optimistic about their futures than other young people around Australia.

Time together is time for sharing, communicating, setting goals, making decisions, establishing traditions and having fun. Technology can be part of that time together but best used in a focused way with focal points for genuine connection.

Quality time turns the 'I' into 'we'. Conversation with active listening could the easiest and hardest present you could give these holidays. And a tip: if you're planning a holiday down the south coast, find a spot without WiFi.