Facebook is ripping society apart, and other reasons to rethink social media 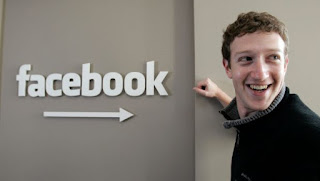 When Chamath Palihapitiya joined Facebook in 2007, it had 50 million users. By the time he left after four years, it had 800 million. He was its vice-president for user growth.

These days, he feels tremendously guilty.

"I think we all knew in the back of our minds, even though we feigned this whole line that there probably aren't any bad consequences, I think in the deep recesses of our minds we kind of knew something bad could happen," he told the Stanford Business School last month and reported for the first time this week.

"The short-term, dopamine-driven feedback loops that we've created are destroying how society works. No civil discourse, no co-operation, misinformation, mistruth, and it's not an American problem - this is not about Russian ads - this is a global problem.

"We curate our lives around this perceived sense of perfection, because we get rewarded with these short-term signals - hearts, likes, thumbs-up -and we conflate that with value and we conflate it with truth.

"What it is is fake, brittle popularity. It's short term and leaves you even more vacant and empty than before you did it, because then it forces you into this vicious cycle where you are like: 'What's the next thing I need to do now? Because I need it back.' "

There are now 2 billion Facebook users, one-quarter of the world's population.

Many of us need to use it, for research or to contact lost friends. In some parts of the world, it helps, in a limited way, to spread democracy.

But it stresses us, even while it is temporarily calming us. Like a poker machine, its unpredictability invites us back for hit after hit until we are so full of chemicals we suffer "disconnection anxiety" when we are away from the screen. We all know people who grieve how much time social media sucks up and how angry or upset they feel after sessions on it, but they still go there.

Further, it normalises deception. The late sociologist Ben Agger described social media as an "electronic prosthesis" for identity. It allows, and often requires, us to fabricate identities.

Like its younger cousin Twitter, it encourages polarisation as much as discussion, often functioning as an echo chamber. Twitter's co-founder, Evan Williams, told The New York Times in May that he had thought that once everyone could speak freely and exchange ideas, the world would automatically become "a better place". He added: "I was wrong about that."

At the Canberra launch of her biography in November, former Greens leader Christine Milne said it wasn't that long ago that people talked about the same things. Media consumption was shared. Now, there are fewer conversations, fewer common stories. It's harder to get people in the same room. Politicians use Facebook to create their own separate news channels, shielded from scrutiny.

Facebook and Twitter heighten conflict. Moderate words aren't much liked or retweeted. Research shows your tweet is 20 to 30 per cent more likely to be retweeted if you use strong language. Cyberspace has become a more intense projection of the material world, a world of continuous rivalry.

While users are able to share ideas, feel they are taking part in democratic process, social-media networks are, in fact, driven by celebrity. Historian Niall Ferguson says that, as the networks grow, the people who join them "don't want to be connected to any old person". They want to get close to Donald Trump or Mark Zuckerberg.

And they help make Trump, and Facebook's founder Zuckerberg, who is the world's biggest-ever media baron, even more powerful; in Zuckerberg's case, beyond the reach of governments. "We were promised we would all be netizens, speaking truth to power and sharing cat videos," Ferguson says. "But the reality is the social networks of our time are extraordinarily unequal."

Ultimately, this enormous concentration of power is all about money. Social-media networks profit by capturing our data, our innermost thoughts as expressed by our clicks. It's a goldmine for advertisers and others who want to track us. Along the way, they are draining real news organisations of the money needed to report real news. They sell ads without the need to pay for the content that surrounds them.

The virtual world is painful to leave. I can't say I will ever not be in its clutch. It keeps pulling us back because it embodies our hopes and fantasies. Way before the internet, we longed to be distracted from reality. My down-to-earth friend Tim puts it this way: "My intellect knows social media is not good for building consensus, I know it's impacting democracy. But I go there anyway."