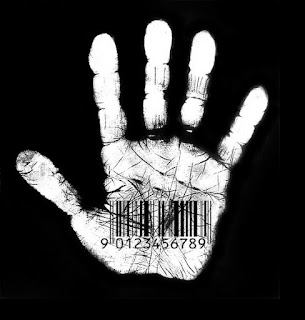 My great great grandfather was an indentured labourer. I do not know exactly what happened to him, other than that he was taken from India to an island off Southern Africa and forced to work for the British Empire.

I'd be forgiven for thinking his experience sits in the past. British philanthropist William Wilberforce helped win the battle against slavery in the 1800s.

But the reality today is different. Wilberforce would be astounded to discover that more than two centuries after his death there are significant reports of “modern slavery” in environments as diverse as the factories of Dhaka, London’s backstreets and Canberra’s embassies and brothels.

Many of those who have campaigned for an Australian Modern Slavery Act have seen it up close. One is a daughter of mining magnate Andrew Forrest who met forced sex workers as young as nine while volunteering at an orphanage in Nepal.

Many Australians are the descendants of slaves. Convicts supplied slave labour after settlement. In the decades leading up to Federation, people from Pacific islands were kidnapped and forced to work on Queensland sugar plantations, often alongside stolen first Australians who worked as housekeepers. The first mass strike by Aboriginals wasn’t about land rights but cruel treatment and unpaid wages.

The strength of the union movement helped end indentured labour in the sugar fields (as did, curiously, the White Australia policy), but it has continued and grown elsewhere, beneath the surface. Modern slavery is a human rights issue that includes abuses from forced labour, bonded labour and human trafficking, to servitude and child labour.

Internationally recognised expert Matt Friedman, says there are more slaves today than at any time in history. Slavery is expanding fastest in the Indo-Pacific, the area connecting the Indian and Pacific Oceans through Southeast Asia.

Most are not in metal chains or conspicuous outfits. According to Friedman, a new man, woman or child enters slavery every five seconds. Only a fraction are ever saved. In Australia, those most at risk are migrant workers, especially women, sent here through unscrupulous agents.

David Cooke, Australian head of the printing and photocopying firm Konica Minolta told a recent gathering in parliament house that most Australia business had slaves in their supply chains. “It’s bogus to suggest otherwise,” he said. It was in every businesses interest to have an effective reporting and compliance regime. “If it is clear what is expected of business,” he said.

There will be some in government who will carp on about not wanting more red tape. But Cooke says what will be asked of business is minuscule compared with the reporting already required of them.

Konico Minolta has put anti-slavery efforts at the heart of its corporate responsibility and sustainability policy. Cooke credits the approach with growing his business. He says that when boardrooms put the issue of modern slavery on the top of their agenda, they discover there is plenty of help to overcome it.

Working with the chocolate industry, campaigners learnt that self-regulation wasn’t enough. To really tackle child labour, human trafficking and labour exploitation in that sector, governments, police, producers, unions, civil society and farmers had to come together and share-responsibility. Slaves are trafficked from community to community. All eyes are needed, including in regional Australia where backpackers and migrants are moved around.

Today we can confidently purchase certified slave-free chocolate from local supermarkets knowing that the brand has checked its supply chains and worked to improve conditions. Sometimes when they check they find child labour or slavery. When they do it isn’t an indication of failure but a sign that their systems are working. They can fix things and help restore children and people who have been traded back to normal lives.

The same cannot be said for many other goods from t-shirts to soccer balls.

A robust Modern Slavery Act would encourage all firms beyond a certain size to look at their supply chains and report annually on progress made, knowing that there is a risk to reputation if they do not.

Assistant Minister for Home Affairs, Alex Hawke, will steer the process. He has Liberal colleagues Chris Crewther and Linda Reynolds to thank for highlighting the problem at committee level but will need to convince more senior colleagues including Hawke’s hard-headed boss, Peter Dutton.

He and other advocates are often asked, why are the majority of people being enslaved in the first place? The absolute majority live with persistent poverty. If Australia is serious about working to stop slavery it has to also step up efforts to reduce extreme global poverty.