Showing posts from July, 2018
Show all

Evidence should lead planning in Canberra 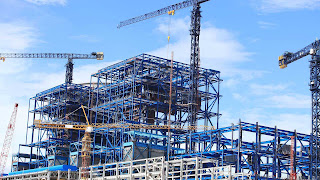 It’s getting harder to believe, but Canberra’s forefathers wanted to create “a garden town, with simple, pleasing, but unpretentious buildings”.

For most of its life, that’s how Canberra has been. Except that recently there has been an emphasis on towers that threaten to block views and plunge streets into shade. It’s not something any of us remember voting for.

We are often told that packing people in more densely is good for the environment. It is said to mean less water and energy use per person.

Except that it doesn’t, according to fascinating but little-known research commissioned by the ACT Environment and Planning Directorate and conducted by Patrick Troy, Mishka Talent and Stephen Dovers at the ANU. It found no significant difference in water and electricity use between residents of apartments and houses.

While people with gardens used more water in summer, they were more careful in what they used at other times, acting as stewards of their environment. Apartment dwellers, usu…
Read more »
More posts