The important and humbling work of doing diversity 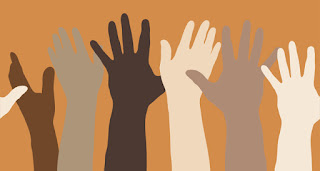 Growing up in suburban Sydney, I broke bread with all kinds. The dismantling of the White Australia policy in the 1960s and 1970s had allowed my parents to bring me from South Africa, aspire to belong and buy a house on a quarter acre block.

My father started a business. Schooled in Islam, he ensured we never ate pork. I went to a public school alongside Aboriginal, Slavic, Italian, Greek and Malay students, as well as Anglos. Embracing the Jesus story, I found mentors in a diverse and welcoming community in Anglican and Baptist churches while still connected to my Muslim family.

Here in the national capital, Senator Fraser Anning made a splash when he called for an end to immigrants who do not reflect “the historic European Christian composition of Australian society”. He’s been roundly condemned.

What Anning may not have heard loud and clear is that Jesus was not European. He’d be forgiven for thinking otherwise if in a Western church or visiting an art gallery full of images of a pale white man dying on a cross. But there’s no doubt the historical Jesus was a brown-skinned, Middle Eastern Jew.

In the New Testament, Jesus exalts hearers to welcome and love strangers. As does God in the Old Testament. In Exodus he tells us to “not mistreat or oppress a foreigner, for you were foreigners in Egypt”.

Backing up his newly minted colleague, Bob Katter talked about defending the Australian race. But the race he talks about is made up of the descendants of people who were once foreigners in this land. Katter’s own grandfather came from what was called the Assyrian Empire which took in Syria and Lebanon, and was refused naturalisation. In rejecting foreigners Katter is rejecting a big part of himself (Perhaps it helps explain Australia’s hostile policy towards refugees, a policy that deeply poisons our polity).

French-Bulgarian philosopher Julia Kristeva says denying the stranger within is common. In her book Strangers to Ourselves she makes clear that the foreigner lives within us: “He is the hidden face of our identity, the space that wrecks our abode, the time in which understanding and affinity founder”.

In his book God is Stranger British scholar Krish Kandiah argues that if God wasn’t a stranger he wouldn’t be awe-inspiring, magnificent and majestic. Kandiah argues that when we accept strangers, we are accepting of ourselves and God. Whether we are of formal faith or no-faith, accepting the ‘other’ moves from the abstract to being concrete when we break bread and offer shelter with others.

This includes people who aren’t literal strangers, but who are strangers to us because of their class, gender or sexuality.

Anning’s call for a return of the White Australia policy is underlined by a concern for social cohesion. He may have a point. If everyone looks and talks the same, then there’s likely to be more social cohesion. But how dull! Being among people of difference makes us feel more alive and more in tune with the diversity of the natural world - which is rich with variety.

The federal leadership drama of recent days brings home that diversity and differences will always exist; that they have to be acknowledged and managed.

At a policy level, it is worth asking whether Australia needs a Multicultural Act to draw some boundaries around what we mean by cultural diversity so the policy is not perpetually defined by its enemies; to articulate the rights of migrants while also ensuring there is access to resources to fully participate in society in reciprocal ways and for social cohesion.

Do we need core values reflected in laws that apply to everyone? You bet. Female genital mutilation goes against core values wherever you are from. So too, forced marriage.

Doing diversity is about creating low judgement spaces. It can be hard work. It requires courage and humility, the development of a kind of ‘cultural competence’ if you like.

There can be conflict. Encounters with 'the other', with strangers inevitably take us to places of tension where we don’t want to be, places where we see and hear things that run counter to our convictions. If we fail to hold those tensions creatively; they will narrow thinking, shut us down.

But when we allow those tensions to expand our hearts, they can open us to new understandings of ourselves and others. The genius of democracy - even if it feels increasingly fragile - lies in its capacity to use tensions to generate insight, energy and new life. Communities become more secure, as fear subsides. We are rewarded with personal growth and foster an ecology of mutual flourishing.