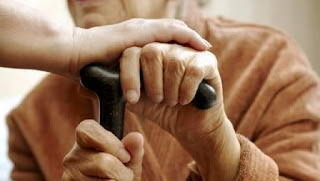 Do we really need a royal commission to tell us what’s wrong with aged care?

From what I am told, in Canberra we know the problems and they are not extensive. Pockets could be better of course, including some of the reputable facilities run by churches.

And there is at least one common complaint: that too many staff don’t speak English well. It can be a barrier to developing good relationships with residents.

The other challenge, wherever you live, is the need to keep an eye on the centre to make sure its service doesn’t worsen.

If the centre loses a couple of key people or can't attract staff (which happens a lot) things can go off the rails quickly.

Four out of every ten people in aged care are not visited for an entire year, according to the aged care minister Ken Wyatt. That’s shocking. Even where residents have no relatives or friends who can visit, the rest of us should be able to find a way to do it.

Most of the complaints made to ABC’s Four Corners program came from overworked and frustrated staff. It is clear they love their work and would like to be able to do it better, and to have better pay and conditions.

Nursing homes have that name for a reason. They used to be staffed by nurses. But there are fewer nurses than there used to be. And doctors aren’t keen to visit (In the ACT, I'm told, GPs are reluctant because the Medicare levy won't often cover their visits). There's a gap between what we expect of facilities and what they deliver.

They were first run by churches. In the Menzies era, government funding (for buildings) was at first provided only to non-profits. Now it is provided more broadly in tandem with efforts to impose national standards. It is the same model as for childcare, except with less success at improving standards. The royal commission might get to the heart of why.

The focus of previous inquiries has too often been on the business model rather than human dignity. “What continues to be lost is the person,” says aged care advocate Associate Professor Maree Bernoth of Charles Sturt University.

Professor Bernoth says that the single most important aspect of working with older people is the quality of the relationship between the older person and the person working with them.

“The space in that relationship or interaction is precious and needs to provide the quality and the expertise that is required by each individual,” she says.

“If we start by identifying what makes that relationship work, we will have a better chance of getting the aged care system functional and satisfying for the older person, their family, and those who work with them either in residential aged care or in the community.

“There are organisations who understand this relationship and have the support, encouragement and ongoing monitoring in place to enhance and grow those interactions.

“The Royal Commission is an opportunity to identify these organisations and use them as the map to move us to a sector where the individual is celebrated and supported in a sustained sector of our communities.”