Hunger is a justice issue that hurts us all 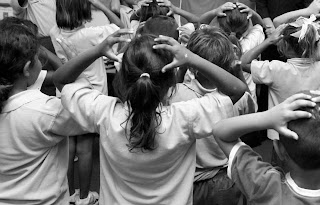 Within days of a government minister repaying obscene amounts billed for internet use we learnt this week that one in five Australians regularly struggles to afford food.

The hunger relief organisation Foodbank categorised one in four of these people as having “very low food security”.

It’s worst away from our cities, and when big bills arrive.

Schools respond with volunteer-run breakfast clubs. There are about a dozen across Canberra and Queanbeyan, feeding more than 500 children.

It's well established that disadvantage is typically experienced across many dimensions. Those dimensions cascade. There is a strong correlation between children going hungry, health complaints and poor education outcomes.

Successive studies across many countries by global agency UNICEF show hungry children are also more likely to be bullied and will experience shame and exclusion because with little food at home, they feel less able to have friends over.

An infant will typically be full of wonder and curiosity; "capabilities" as economist-philosophers Amartya Sen and Martha Nussbaum describe them.

But observe the same child at age 10 who is experiencing poverty and these capabilities can become impaired as she catches on to an external reality - that working hard at school and home is not enough to get ahead in a society where things are stacked up against her.

The key observation is that inequality is not just imposed on kids, it is absorbed and naturalised, with profound impacts on a child’s sense of self and life outcomes.

If an unconvinced public needs another reason to get behind a campaign to reduce inequality ahead of the next federal election, it’s that inequality lowers motivation and national prosperity.

Research by Richard Wilkinson and Kate Pickett shows that high school students suffering from economic disadvantage and unequal access to learning resources did not believe they could get ahead.

The finding is hardly surprising and yet we have a new prime minister (who says he is interested in a 'fair go') offering a $4.4 billion deal to non-government schools that experts say further undermines the principle of needs-based funding.

Even in well-healed suburbs of Canberra, more and more people are flocking to use relief and food harvesting services, with goods sourced by Sydney-based Foodbank (there are Foodbanks in most Australian states).

Worryingly, some of the people accessing services – a growing number – are in paid work. Australia is drifting towards the reality in North America where millions of people belong to the community of ‘working poor’.

Our tax system, which used to help us guard against inequality, is just not keeping up. Tax cuts have been going to those who need it least.

Meanwhile, the evidence is overwhelming that Newstart, asking the jobless to live on a $40 a day, is too low (compare that amount to Assistant Treasurer Stuart Robert's internet bill of $90 a day). Federal Labor is only promising a review, worried about being seen as soft.

The former head of Anglicare in Canberra, Peter Sandeman, now based in Adelaide with Anglicare SA used a speech for that city’s recent Festival of Ideas to dream of a time when Australian politicians did not assume there are trade-offs between efficiency and equity.

Citing work by the aforementioned Wilkinson and Pickett he said it’s clear that for wealthy countries like ours, it is the degree of income inequality rather than average income which is closely related to a range of health and social problems.

“The greater the inequality, the poorer the health and social outcomes in that country,” Sandeman said.

Wilkinson and Pickett’s thesis is that greater inequality seems to heighten the social anxieties of people through increasing the importance of social status.

“This means the rise of both fragile self-regard and anxiety,” said Sandeman.

“This, in turn, means that levels of trust between members of the public are lower in countries where differences in incomes are higher. We know trust and reciprocity are the hallmark of social capital, the relationships which bind us together as a community and lower the transaction costs of economic activity and a foundation of market efficiency.”

The Abbott/Turnbull/Morrison governments have gone on and on about security threats (with Labor usually in sink on matters of border protection). And yet if it really understood security the Coalition would register and ensure it worked to reduce inequality, understanding that inequality hurts security, economic prosperity, our very well-being and ability to get on with each other.