The federal govt wants to help you sleep better at night, yes really 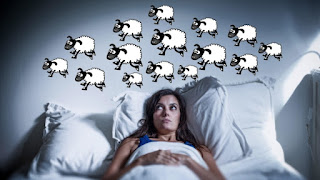 So, one of the plotters who blew up the government of Malcolm Turnbull, Health Minister Greg Hunt, has ordered an inquiry into sleep.

He reckons there’s a problem and a parliamentary committee is now looking into it.

Sleep is a problem. It’s no small matter that four in every 10 Australians are not getting enough sleep on a regular basis.

But has he looked in the mirror?

Does he demand that his staff answer mobile phones all hours of the night and at the crack of dawn, or does he insist they get eight hours sleep per night?

Does he answer radio and television calls for an interview before the sun is up? Or does he tell producers to remember that a tired minister is a less-functioning minister.

He must know that the madness that engulfed the Coalition over the past few months, saw a lot of people lose a tonne of sleep. And for what?

I happen to be writing a book about the smartphone age and its impact on families. It is clear that communication technologies are adversely affecting sleep, especially among young people.

Even for adults, watching and reading content on personal devices late into the night is delaying sleep and making it harder to work and be well.

The ABC even seems to promote sleeplessness. Watching iview (in bed) is sold as the best way to catch up on programs. The broadcaster encourages ‘bingeing’ as if it’s a virtue.

The Health Minister thinks the government has a role to play. But it abolished the National Health Preventative Agency in 2014 to save money in the short term and because it didn't want the nanny state telling us what to do with our lives.

Tony Abbott preached that the best thing governments could do was to get out of the way. If you’re overweight, you'd chosen to be. If he had thought about sleep (and he never seemed to get much himself) he would have said that sleeplessness too was a personal choice.

Hunt wants to treat sleep as a national health problem when his government seems to have turned its back on what are almost certainly bigger health problems - obesity, and issues related to critically dangerous climate change, not to mention the underlying determinants of poor health including poverty, domestic violence, housing insecurity and pollution.

Cutting hospitalisations for chronic disease with pre-emptive measures would boost productivity as well as making us better off, which is what the axed National Health Preventative Agency was trying to do.

The parliamentary inquiry will doubtless make good recommendations, things like education campaigns about diet and fitness, perhaps around the pervasive use of social media.

But will it dare tackle growing levels of insecure work and poor rates of pay that contribute to stress and sleeplessness? Will it recommend the prime minister slow down so that he sounds more than half awake as he whizzes around Queensland? Will it invite parliamentarians to role model workplace environments that support balance?

I doubt it, but this government - if it’s really listening - can change tack and actually take preventative health seriously.