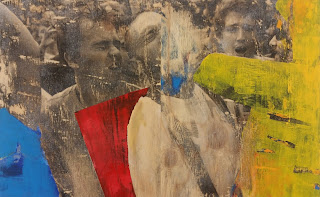 Like many around the world, I have this week found myself in dismay-driven prayer, heartfelt hope for the world to be better, safer.

As a person of colour, it is deeply concerning that the alleged perpetrator in the Christchurch massacres is an Australian citizen espousing white-supremacy and publishing a manifesto of hate.

The rise of right-wing hate ideology is indisputable.

The Internet has helped the cause. Social media has made white-supremacists more visible and international. In small, bizarre and accumulative ways, a fear of Muslims, that objectifies them, has shown its ugly head online.

Platforms including Facebook, Instagram and YouTube have not exercised as much moral authority as they should have. They have relied on pressure from individual governments, rather than being proactive from the get-go in self-managing and limiting hate-speech and the live-streaming of violence. I have long worried about social media’s hunger for gut-wrenching and gratuitous content; it is a giant performative space that invites and celebrates extremes. It also fits with a gaming culture that normalises violence. Several people told me they saw the mass shooting video and thought it was simulated; something out of an addictive online game.

In Germany there are clearer expectations and penalties of online platforms, says Professor Paul Spoonley from Massey University in Wellington, a specialist in ultra-nationalist politics.

While reluctant to draw a causative line between comments by politicians and the extreme right Spoonley does finger them for creating an enabling environment; an environment which makes views (such as the Muslim world is swamping the white Western world) acceptable.

Populism around the world has seen parliamentarians engaged in dog-whistling politics, including here at the highest levels. Anti-immigration rhetoric has fuelled and normalised hate-speech. It has long infected debate about refugees and asylum seekers.

Human Rights Watch said this week, that while Prime Minister Morrison strongly condemned the Christchurch attack and inflammatory statements by a far-right senator, his remarks appear insincere given his record as Immigration Minister and the record of senior Australian government officials in conflating Islam or refugees with terrorism for political gain.

Under pressure this federal election campaign to recognise that rhetoric can have a devastating impact - conservative parties, Labor and the unions are urged to put One Nation last on how to vote cards. One Nation's simplistic politics, that scapegoat Muslims for Australia's ills and elevate white people and nationalism, exploits voters' insecurities and hardens hearts.

What personally upsets me is that parliamentarians who have stirred the pot have used Christianity to justify their views and propaganda. They use religion when expressing religious intolerance. It represents such a betrayal of anything the gospels claim to be about - from the healing work and ministry of Jesus Christ and tales of his refugee family, to the imperative to love one's neighbour and stand with the most vulnerable.

Free-speech, let’s remember, is not hate-speech.

Compared to the UK and the US, the far-right is a modest group in New Zealand and Australia, but they are no doubt more active and in the absence of a human rights act of parliament or charter in Australia, a lot is said, unchallenged.

Spoonley says New Zealand authorities were so focused on Muslim terrorism, they were diverted from looking at the extreme right.

What's concerning is that in both countries there is no designated agency that publishes clear, annual data to know exactly who the white-supremacists are, and what they do. Governments have thrown very few resources at the problem while spending big on so-called anti-terror measures.

We live in a complicated world but it should not be hard to foster a political principle that expresses and embeds equal respect for all citizens and stresses that we have more in common than not. It begins with the imaginative capacity a creator God has given us all.