In the shadow of Neverland: a journey from fandom to pathos 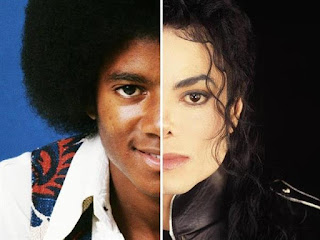 Here’s the thing. A lot of people from Oprah down suspected Michael Jackson of pedophilia but he continued, while alive, to live with impunity. Finally two men have come forward to speak their truth and fulsomely.

“Leaving Neverland,” the disturbing documentary that continues to make headlines around the world should surprise no one and yet Jackson’s tenacious fans will hold onto their version of the King of Pop, regardless.

Like many of them, I grew up with Mowtown music. Thriller had been rocking the charts when, as a junior high school student, I celebrated my crush one school dress-up day. I wore a twist on the Billie Jean outfit; one white glove, a red jacket, a pair of shiny-fly glasses, white slacks and my mother's low-heeled leather loafers that promised to defy gravity on the dance floor. My hair was short, shiny and curly. My nose was itself.

Over the years I lost interest in the star. By the time the first case of alleged child molestation was before a US court, he was a slim cardboard cut-out, almost lifeless, an insomniac. Jackson's chubby brown cheeks had given way to a distorted mask; a chiseled chin and a pale-face.

I covered the 2005 case against Jackson (for the ABC) brought by a teen cancer sufferer who told a jury that, when he was 13, the singer providing him with alcohol (what he called ‘Jesus Juice’) and molested him at least twice.

Jackson was acquitted. But it was problematic. The magic was gone.

Accusations against Jackson continued to fly about as did more stories of multiple sleepovers with minors.

Then, a few years ago veteran journalist Randall Sullivan wrote his book Untouchable: The Strange Life and Tragic Death of Michael Jackson. I read it with macabre curiosity. Sullivan says Jackson died "a 50-year-old virgin"; that he yearned to be 'presexual'. Real adult intimacy was just too messy. There were details about his quest for perfection and something the author called 'sexual anorexia'. Sullivan described a self-loathing star, haunted by the criticisms of a scavenging family.

No doubt he was a manipulated child-star. But as an adult, it appears beyond doubt, he went on to become a chief manipulator himself.

The evidence is devastating. In separate accounts, Wade Robson and James Safechuck say Jackson sexually abused them for many years from boyhood to adolescence. The documentary is as uncomfortable to watch as it is compelling.

They describe a calculated pattern of grooming and exploitation. The abuser, in a position of power, set out to seduce. Jackson became an accepted member of each boys’ family. He isolated himself from scrutiny (creating the Neverland ranch, a vast and gated community). He then isolated the victims, from their families and from each other (Jackson lavished the children and their families with gifts, even paying for the families to go on holidays without Robson and Safechuck). Jackson turned the boys against their parents to inflate Jackson’s hero status. He claimed God was on his side. He told them they would go to jail if they told anyone. He even had them practice a routine should they be caught having sex.

Wade and Safechuck did not know the other’s story until they went public. Their experiences are very similar. They broke down when as fathers they recognised their proteges’ vulnerability and their own at the age the alleged abuse began. Wade and Safechuck live with shadows but have found catharsis.

Who may have helped Jackson in his web of deceit? Most likely, teams of people; people in paid positions, who worked behind the scenes to support his addiction and hide it. There is always an industry behind what is hidden, as we saw with Royal Commission into Institutional Responses to Child Sexual Abuse, just as there was an industry around powerful men in entertainment alleged or found guilty of using sex for favours and women as playthings, from Bill Cosby to Harvey Weinstein.

How does evil happen? When good people do nothing.

I’m not entirely without empathy for Jackson. You can both believe a victim and pity a perpetrator (continue to admire their talent, even when their legacy is up in the air); at least seek to understand what drives them and what environments create socially inappropriate impulses and actions unchecked.

The documentary adds to a growing sense that a generation or two have been growing up now with very little faith in institutions, in people they once looked up to and in elders they once may have trusted. The light that has shone on the darkness in Jackson’s life and those of other celebrities (and clerics) has left lots of people asking, ‘who and what can I trust?’

As a parent I wonder out loud about how the parents of Wade and Safechuck could have ever agreed to situations that clearly put their children at risk. But every day our children are exposed to risk and every day we way up risk factors, having confidence in our neighbours, schools and the clubs they join, while understanding that children too, have agency.

Then there’s the question, from what age should we broach issues with kids, issues from respectful relationships to consensual sex - especially with the rise and rise of smartphones and social media?

I think the conversations must start young. Reluctance to talk about the complexities leaves society ill-equipped to recognize and handle child sexual abuse today. History professor Rachel Hope Cleves of Victoria University puts it well when she writes that, "A culture that is caught up in narratives that identify pedophiles as monsters has a hard time recognizing when beloved figures, like Michael Jackson, are molesting children right before its eyes."

Talking openly about 'good touch' versus 'bad touch' is essential. While parents and carers might feel they need to protect their children from some information, the fact is that young people have a right to know about their bodies, about personal safety and who to talk to should they need to. Talking about adult power and responsibility, and about their own power might not eliminate risk but can support healthier relationships and bolster hope.