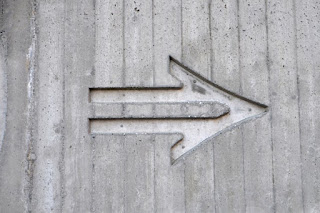 Ken Wyatt was subjected to racist taunts during his campaign for the West Australian seat of Hasluck in 2010. After his narrow win for the Liberals, some people who voted for him complained they didn't realise he was Aboriginal.

He was born on a mission farm, a former home for young Indigenous children removed from their families. His mother was one of them.

In his maiden speech Wyatt thanked Kevin Rudd for the 2008 national apology to stolen generations. When he heard it, in his office in the West Australian department of health where he was director of Aboriginal health, he cried.

"My mother and her siblings, along with many others, did not live to hear the words delivered in the apology, which would have meant a great deal to them individually," he said.

"I felt a sense of relief that the pain of the past had been acknowledged and that the healing could begin. At that point, the standing orders prevented an Indigenous response."

During his maiden speech, and again at the swearing in ceremony at Government House on Wednesday he wore a booka, a traditional cloak made of kangaroo skins given to him as a gift from Perth's Noongar elders. The red-tailed black cockatoo feather on the front symbolised leadership. In a break with tradition the entire ministry stood and applauded.

Wyatt is a good listener. He will need to be in the days ahead. Managing expectations within the Coalition and among Indigenous constituents will be difficult.

He brings a deep understanding of the gross inequities between Indigenous and non-Indigenous Australians. To address the complexities of it, Wyatt must reach out across the chamber, continue to call out racism and paternalism, and acknowledge the ideas, passions and experiences that many people bring to the table.

Labor's platform this election better articulated and addressed the social determinants of health and wellbeing (how poverty affects everything) and that empowering Indigenous leaders, not just those who are visible, to take local actions for themselves does result in stronger communities. Its policies were broader in reach with dollars to match.

Wyatt often talks to Aboriginal parliamentarians in Labor. He admires them. We can assume the dialogue will continue. If only more party political people sort to make friends across the aisle.

The wider electorate is desperate for signs of cooperation and genuine reconciliation. A majority want to change the date when we celebrate nationhood. We long for real collaboration and an openness, rather than the usual ideological bickering.

Wyatt has the authority to move on the Uluru Statement of the Heart by endorsing a referendum to embed a representative body in the Constitution that gives Aboriginal and Torres Strait Islander people "a voice to the Commonwealth Parliament".

It's hardly radical because the body would be advisory, rather than have a decision-making function; like the Aboriginal and Torres Strait Islander Commission (ATSIC) which John Howard abolished to Wyatt's regret.

In a turnaround, Prime Minister Scott Morrison has accepted that a referendum should happen but he has no timetable for it.

Wyatt is cautious, but learning from the 1967 referendum, has the capacity to bring naysayers along. Strangely enough, the Coalition may be in a better position to take fear out of a potentially fractious referendum debate, assuming the debate doesn't drag on.

Much has been made in recent weeks of an apparent schism between Australians on a number of issues. Are we really more hopelessly divided than before? I don't think so.

We are different and we do vote differently, but that doesn't mean we don't want the same things: comfort, security and care. That's the overwhelming view of Australia reMADE, an independent, vision-based collaboration of a cross section of people working to build a country where people and planet come first. It's vital work.

Researchers with Australia reMADE went into pubs and workplaces around Australia asking the same question: 'If you woke up in the Australia of your dreams, what would it look like?' Belonging, a meaningful job and good healthcare came up again and again, from tradesmen in fluro vests to women with PhDs.

The best way to bring people around is not to yell at them for not voting as you did, as tempting as that may be. Queensland is not hugely different from the rest of Australia. Pro-miners are not bad people.

What's long overdue is the will to have both sides agree on the need to transition from coal, and quickly, supporting old industries to retrain their workers, and to agree on shared messaging that convinces all of Australia that our future depends on the transition.