A public health issue: Alan Jones and his violent metaphors 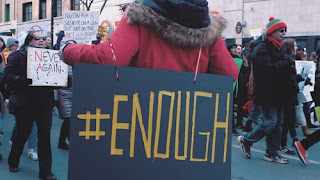 Countless firms have pulled their support and advertising from Alan Jones’ radio program after his Jacinda Ardern comments. Just what will it take to suspend him?

The managers of the station should take him off the airwaves, but not just for reasons of language. The reason to pull him off is public health. Let me explain.

One of the greatest threats to health is violence. Australia has a shocking record of violence against women. On average, one woman a week is murdered by her current or former partner.

Jones, who appears to have trouble with women of influence, feeds and helps legitimise an already-existing set of attitudes that condone violence.

There is mounting evidence that public, political rhetoric has an impact.

Researchers believe anti-immigrant Facebook posts triggered hundreds of violent crimes against refugees in Germany between 2015 and 2017. They helped push perpetrators over a line.

In the United States, there are a number of recent case studies of real world outcomes resulting from influencers using language that targets or excludes certain groups.

Animosity directed at Latino immigrants drove fear and hopelessness which led to substance abuse and unprotected sex, as well as an avoidance of medical care or preventive behaviors.

In 2005, he took to the airwaves to condemn an ethnic minority, describing them as "vermin" who "rape and pillage a nation". A court found his comments were "reckless hyperbole calculated to agitate and excite his audience".

Laws and policies can assist in altering norms linked to violence. But the kinds of messages Jones keeps espousing, misogynist and racist confound or reduce the efficacy of those interventions.

The Australian Prime Minister who wants to make mental health a priority ought to get that.

He ought to know, as LGTBI people and First Nations peoples and other minorities do, that vile things said over and over can contribute to a hostile and stressful social environment that reduces a sense of wellbeing, even when it doesn’t result in violence.

There is evidence that (in conjunction with existing predisposing risk factors) it can result in illness and an elevated risk of suicide.

It makes the language of Jones, a man whose own sexual identity has been the subject of gossip and rumours, all the more vexing.

In his 2006 biography of Jones, award-winning investigative journalist Chris Masters points out that a constant theme of Jones’ broadcasts has been the decline of public and moral standards.

He describes how the Jones of the time tormented his staff. If they argued back he got madder. They learned that it was easier to apologise. Masters asks, “When Alan Jones laments on air the escalation of public violence, I wonder whether he thinks of the violence in his own words.”