Meet the neighbours: the trick to Halloween treats 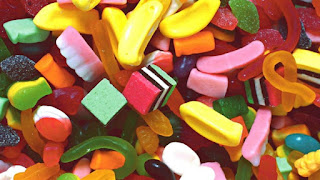 I both love and hate Halloween - probably, honestly, more the latter.

For weeks my inbox has been inundated with messages urging me to "avoid the fright" and "earn spooky bonus points" in attempts to get me to buy junk food I don't need.

Halloween popped into Australia's consciousness in a vacuum. There is no storytelling attached to it, no cultural significance, no deeper meaning. Elsewhere it derived from a Christian feast on the eve of All Saints' Day, which is November 1, a time for remembering the dead, intertwined with the agricultural rituals of folk communities who gave thanks for the year's harvest.

Here, it's just all about the sweets.

In Mosman, on Sydney's North Shore, where two streets get besieged by children from all over the city, The Sydney Morning Herald reports some parents are spending $400, some as much as $1000 to ensure they don't run out.

If Halloween is going to stay, we could broaden the meaning. Making it "Austrayan" - so it feels less stuck-on, like a bumper sticker - will take time.

More immediately, we could simply see the possibilities for hospitality and neighbourliness. Opening our doors to strangers on a spring night (when the sun is still shining, giving it an entirely different feel from the northern hemisphere) is a gesture of hospitality, a sign that we are prepared to get to know our neighbours - at least to get to know their children.

Offering gifts to strangers (even if they are made of sugar, and kids return home with bags of it) and expressing curiosity in a quick conversation can help us fight social isolation. The children who come knocking take steps into the unknown. It's important that it works out well with no truly nasty surprises.

Speaking of surprise. The youngest member of my family startled us when she named the figure she wanted to dress up as: Donald Trump, who she said was the scariest thing she could think of.

Looking around Canberra's suburbs, you get the sense that parents, under pressure from the kids, have cottoned on to the hope for community engagement. They mightn't like all the junk food, but they are prepared to go along with it if it remains modest and can connect children and families in their street.

Halloween also offers us a chance to talk about health. Not wanting to take all the fun out of it, but the latest oral health survey found that half of Australian children had four or more serves of sugar-containing snacks per day.

Today, one in four Australian children are deemed overweight or obese. An increasing number of young people suffer from diabetes, Australia's fastest growing chronic disease, and from an earlier age.

A study out this month tied sugar (and caffeine) to electronic device use by teens, which may well be because it is promoted a lot on electronic devices. Our screens follow us, aware of our purchases, habits and likes. It's scary, darker than any vampire or zombie.

With eight in 10 Australian children over 12 using social media, marketers have a previously undreamt-of opportunity to blur the boundaries between communication and marketing. Halloween shows us how they do it.

If we must take part, the Australian Dental Association offers advice we probably wouldn't guess at. It says children should scoff all their sweets at once rather than stash them to eat later when they can do ongoing damage. The evidence on that is less clear.

It would be better to limit sugar all year round and find other ways of connecting with our neighbours, but Halloween could be an excuse.