Climate health has become a mainstream issue, let's treat it like one 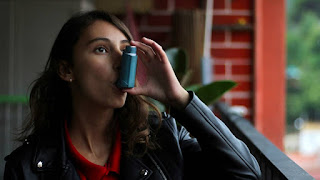 It's frightening not being able to breathe. Having had asthma since birth, managing it is part of the rhythm of my life. Preventative medications have kept me alive, but, like millions of Australians, I occasionally get a small dose of terror when my chest tightens and my blue inhaler is empty or nowhere to be seen.

Bushfires have pushed up pollution levels to many times above safe levels in many parts of the country this past week, including in Sydney and Brisbane, which for a few days had air worse than in Beijing’s. Canberra too has been blanketed in dust.

We are inadequately prepared for what will become the new norm. People with asthma (more than one in ten of us) and others sensitive to smoke will have to stay indoors for longer. Prolonged poor air quality will hurt us all.

The latest edition of the MJA–Lancet Countdown on health and climate change came out this month, offering a global and an Australian national assessment. The report examined 41 indicators across five broad domains: climate change impacts, exposures and vulnerability; adaptation, planning and resilience for health; mitigation actions and health co‐benefits; economics and finance; and public and political engagement.

It found that, overall, Australia is vulnerable to the impacts of climate change on health, and that policy inaction in this regard threatens Australian lives.

In fact, it goes on, without accelerated interventions, every child born today will be profoundly affected. This new era, it says, will come to define the health of people at every stage of their lives.

The most vulnerable will be disproportionately threatened: children, the elderly, people with underlying health conditions and people living with poverty.

It urges Australia to move from over-investment in post-disaster reconstruction and more investment in prevention and mitigation to limit the impact of natural disasters in the first place.

A conservative government would surely take out some insurance and coordinate a comprehensive health plan so fewer Australians get really sick, a plan that shows us it's really listening, moving to match words of concern with deeds (Crikey confirmed this week that while there are historic federal health department reports that mention global warming - going back to the 1990s - none of the health department’s initiatives target the health impacts of climate change!).

Quite separate from the MJA-Lancet report’s recommendations, the Climate and Health Alliance, including formidable organisations the Royal Australasian College of Physicians and the Public Health Association of Australian has already developed the framework for the Commonwealth to pick up and run with.

It is a framework to scaffold how the Morrison Government can ensure the states and territories are supported with joined-up action on health specific climate adaptation at all levels of government.

Local governments and some states are already well advanced on emissions reduction and heat hazard reduction strategies so heat exposure and other health impacts are minimised.

The ACT has been ambitious on renewables and low carbon emission electricity but has some work to do developing a local climate health plan.

The Federal Government, too, could do a lot more to ensure vulnerable populations survive new stresses.

A Canberra doctor has told me of the invisible but real stresses the fire season has already had on so many people. It begins with small anxieties, he says, such as the need for frequent checks of Rural Fire Service fire maps to see what's happening.

“This is the real low grade, soul gnawing health impact we are not measuring. It is not readily measurable and we know it is there. Anecdotally I have had one patient who has had to drive to northern NSW to rescue his aged mother who's town had been burnt out.”

This doctor, also an academic, and observes that for forty years scientists and other academics have been making the evidence clear.

“It is the job of the rest of society to know that they are understating things due to academic conservatism. If an academic says it is getting a bit warm, we know the country might be on fire.”

For health care workers, the impacts are already taking a toll. That should prompt a national review to build a sustainable and climate resilient health-sector for every corner of our high-flammable continent. There are wide implications for Australia's labour force as a whole.