After fire, smoke and hail, can we hope to find common ground? 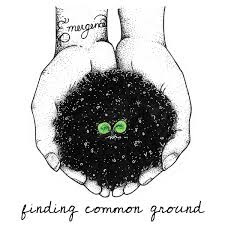 In the wake of the South Coast fires that ravaged Mogo and Cobargo and other towns, are stories about the lamentable loss of Aboriginal heritage sites.

When sympathetically raised with an Aboriginal leader, I was reminded that all Australians lost sites that mattered to them.

Whether it's pilgrim huts in the Alpine region, shell middens on the coast, or species brought to the brink of extinction, the bushfire carnage represents a shared loss, and one that can never fully be measured in dollars.

Across cultures, there is a deep sadness that children will not enjoy places of historic and natural beauty in the same way that their parents and elders did, recognising that all of us have spiritual connections to place.

The bushfire disaster and this coming weekend's Australia Day both happen to fall in the Christian season of "epiphany", a word which for Christians refers to the revelation or appearance of Christ, and in more common usage refers to a sudden and striking realisation.

This Australia Day/Invasion Day/Survival Day offers an opportunity for a sudden and striking realisation about common ground - as the ground has shifted for all of us.

This summer, when we should have been losing ourselves down by the coast, we have instead travelled in time and space and found ourselves landing and grieving in another country. There is no name for where we are now.

In the new country we will have to find a language to discuss and resolve our shared values if we are to protect what we love. Among other things we will have to consider adopting the wisdom of Aboriginal agriculture and fire management.

It's a reminder that the #changethedate movement isn't new, nor calls to adopt Indigenous land practice. Cooper put forward his idea in 1940.

Reconciliation follows acknowledgement and both take time because humans can be slow to recognise truths that shatter the world they've known.

Explaining why so many people continued to deny that the climate is changing, a senior public servant told me it was analogous to having the symptoms of cancer but refusing to see a doctor for confirmation. It would confirm the worst.

This summer has not only helped confirm the worst, it has provided an opportunity to talk about the shared future we want.

On climate, things cannot go on as they have been, just as how in school when I learnt about the displacement and massacres of Aboriginal people, I couldn't go on celebrating Australia Day as I had done before.

It's been said that what you study, you become.

Many of Australia's politicians have spent a lot of time studying how to win (with things such as sports rorts) rather than how to find common ground.

Finding common ground will mean rejecting false divisions: jobs versus environment, wildlife versus farming, keeping on the lights versus reducing emissions. The issues are connected, as are we to each other and trusted public services from the Rural Fire Service to the Australian Broadcasting Corporation.

It'll mean one government refraining from slapping down the environment minister of another. It'll mean abandoning the false divide between "enlightened and woke capital-city greenies" and Australians in the country. It'll mean checking tribal tendencies, including on social media.

Federal Labor leader Anthony Albanese has been using measured language, which is a good sign. Focused on a wicked problem, it's not naive to expect elected officials are prepared to give up something; combat with their opponents, even an addiction to corporate donations (by far the largest donors are miners). While there's a lot of talk about "adaptation", it's a smokescreen if the Coalition won't adapt itself.

The bushfire crisis might have polarised us further. Essential Media's analysis of its January opinion poll suggests we are "Trumpian": "when the leader is objectively at his weakest, his supporters lock in hard, grabbing on to whatever they need to maintain their worldview".

Our common enemy - climate change - demands we work together to find somber and sensible solutions. Finding them requires diverse voices and being open minded.

If not now, when the shock and stress of this bushfire season (and a freak hail event) is real, then when?