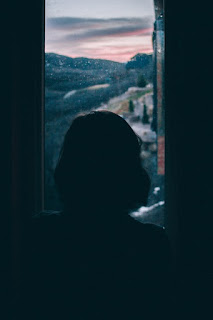 For many of us, forced to work at home or to not work at all, the COVID-19 crisis has driven home the importance of mental health and how work interacts with our sense of wellbeing.

World leading researchers and mental health experts have warned that as the virus subsides, we will see a big surge in the need for mental health care and pain management. A stretched mental health system will be under increased pressure.Young people, hit hard by the closure of schools and hospitality businesses, are going to be disproportionately affected.

So it’s with anticipation then that the Productivity Commission will soon release its final report of its 18-month inquiry into mental health and productivity.

The draft report, released in October, was a good start but the final report will need to be more holistic - with the social determinants of mental health as a guiding principle - to inspire confidence.

The draft report found that the economic costs of poor mental health were shockingly high, amounting to 10% of Australia’s gross domestic product. That’s before COVID-19.

Mental illness typically begins before the age of 25. The draft report did acknowledge the need to focus on children and young people and early interventions as a way of improving mental health but took too little account of the major risk factors that operate early in life including abuse in the home and poverty.

Although it has been well established that poverty contributes to inadequate housing which contributes to stress, the inquiry’s chairman Stephen King said at the outset that addressing poverty and inequality was beyond his terms of reference.

It’s a lost opportunity. King’s inquiry could have and should have the courage to examine if not tackle some of the things that lie behind mental illness, especially given what COVID-19 lockdowns are reinforcing about the role of inequality.

There have been many earlier government reports on mental health, but this one is a once-in-a-generation opportunity to reset how we view it.

Mental and public health care workers have been urging the Commission to make prevention the centre of the report’s recommendations.

While no one in those sectors will reject the extra services – from primary care right through to specialist care and emergency services – that the report is likely to recommend, they want more done to address its causes.

Better access to safe and secure housing would be a start, as would injecting more resources into early learning and the first five years when the health and behaviour trajectory of an individual is typically established for life.

COVID-19 has revealed, again, how the Commonwealth’s system of funding childcare is not really about child development but about getting parents back to work. Why not reorientate childcare so it wraps around families from the get go, as argued by Jay Weatherill, former SA Premier and CEO of the Minderoo Foundation’s Thrive by Five. “To lift the general level of national productivity you need to invest in the capabilities of our citizens and the best way to do that is to invest in the first five years of life,” he told the ABC.

Then there’s the prospect of understanding what it will mean for more of us to work from home post-crisis, if that’s what happens. Are we more productive working from home? Are we less accountable?

Working from home can not only further blur the lines between home and work, creating new stresses, it can contribute to sedentary lifestyles that can make people more likely to develop depression.

The draft report (as highlighted by the Public Health Association of Australia in its supplementary submission) encourages employers to provide more flexible working arrangements but offered little information on how those arrangements would work for workers already living with low-prevalence mental disorders. Marginalised populations, including those with psychosocial disability, should receive more tailored employment service support.

The coronavirus crisis has shown the importance of connecting in real ways, as well as by screen.

And it serves as something of a dress rehearsal for the emerging, more serious crisis.

The draft report included only a cursory reference to climate change. Its impacts on work, mental health and our ability to contribute to the economy are likely to be much worse.

It brings us back to the fundamental notion that when health is a priority and health inequalities diminish, the population is better able to recover from whatever shocks it faces and an economy can recover.

Post COVID we should not reduce the safety net to shrink national debt and deficit because that would be more devastating to people’s health and productivity in the long term. That means keeping the increase to Jobseeker (formerly Newstart) as recommended by a Senate inquiry last week. It could make all the difference between finding hope over despair.