Showing posts from June, 2020
Show all

It hurt as I breathed: history repeats itself 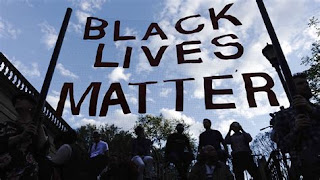 “They would catch me, I saw, half turning round to see my rear but still kicking my heels forward. ‘Nigger nigger - catch a nigger by the toe, eeny meany miney mo!’.”

So begins a story by African American Peggy Dye, describing her childhood when she crossed uptown Illinois to study in a majority white school with a small black quota. It was a school her parents encouraged her to attend, knowing she was smart. But there were risks. It was a school full of white boys who thought all Negroes (the word used) were “cold-black and violent”. They’d chase her home.

“‘Get away from me!’ I panted as I pumped my 18-inch legs. ‘Please!’ and I felt the tears in my eyes. I was running and trying so hard not to fight, choking down the anger. I was resisting. I felt a big pain in my stomach. Was it anger? It was a rock and it rolled inside my ribs and hurt as I breathed.”

It was the late 1940s. Dye had just started first grade when her father told her, “‘It’s a war baby, and don’t you …
Read more »
More posts